I thought I would never get my life back, and although it isn’t the same as it used to be, I do still have a VERY good quality of life.

I first started to notice something was wrong in June 2015 on holiday, there was nothing specific, but I just knew. Around two weeks after we got back, I noticed a slight yellow tinge in the corner of my eye but took no notice. A few days later, the tinge had spread to all over my body, although it was just that; a tinge. I went to the doctor but he just asked me to go back for blood tests in two weeks.

However, within the next couple of days my body went from looking like a slightly dodgy tan, to looking like a Simpson and my eyes were glowing! I was sent to the urgent care centre by my mother where they just told me I needed urgent bloods doing the next day (13th July), which I went to my GP and had done. These were sent off urgently.

My mother called me at around midnight that night, telling me that there was an on-call GP at her door who was saying that I had to go straight to the Leicester Royal. We went to pick up my mum and dad, and went over to the hospital.

I was taken into the resuss’ centre and I had an ultra sound scan done on my liver. I was told it was inflammed and that I was being transferred over to the Leicester General.

I arrived at the General at 05:30 in the mornng on 14th July 2015, had another ultra sound to confirm that there was no gall stones, and was transferred back to the Royal on 15th July.

I was discharged on 17th July and was asked to go back in two week’s time as they weren’t sure what the issue was, and would do more bloods then to rule out a thyroid problem, coeliac etc.

I didn’t find out those results, but went back to the doctor as my colour was still worsening. I had more blood tests and received a call to ask me to go to the Urgent Care Centre that night, Friday 22nd August at 23:00. I was told that my ALT was 900, and the normal range should be 2-55.

I am still very tired and my health is temperamental, but it is manageable and you do learn to work with it, rather than try and work against it

I had to go back to the hospital the next day for more blood tests but was sent home again due to the bloods not being back in time. I received a call at around 18:00 on Saturday 23rd, asking me to go back again the next day on Sunday 24th.

I did I was asked, and upon arrival I was told I would be admitted. I began my wait for a bed, but at  around 15:00, the consultant changed his mind. He felt it could be Thursday before they could get any scans done on me, so he sent me home.

On Wednesday 26th, I went back to the doctor who said there was nothing she could really do but she said she would make some calls regarding the blood results we hadn’t ever had.

I was readmitted to the hospital again on the 27th August for a liver biopsy. I had to have vitamin K on drip as my blood doesn’t clot well, finally had my biopsy on the 1st September 2015, and was allowed home as an outpatient on the 3rd September 2015.

I was officially diagnosed with autoimmune hepatitis (AIH) on 26th January 2016, so I’m coming up to my first anniversary.

At my highest I was on 60mg prednisolone. I am now on 2.5mg every other day, and hoping to taper lower at my next clinic appointment in February. I am also on 100mg of 6-Mercaptopurine (6-MP).

I am still very tired and my health is temperamental, but it is manageable and you do learn to work with it, rather than try and work against it. I say that for every person that is new to the diagnosis. I thought I would never get my life back, and although it isn’t the same as it used to be, I do still have a VERY good quality of life. 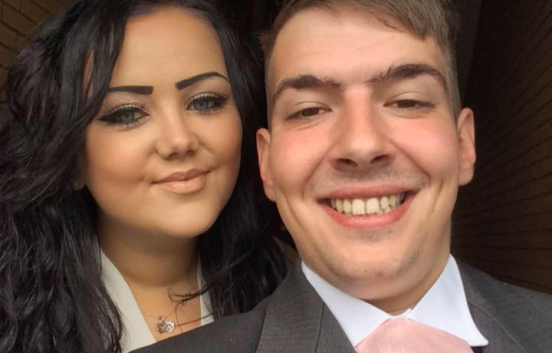