After undergoing a liver transplant herself, Anna built a career in the field of transplantation. She shares her story here. Thank you Anna!

My journey started in 2008 during my first year of Sixth Form. I’d been feeling exhausted for a few weeks and had been diagnosed with anaemia. Then, seemingly out of nowhere, I developed severe chest and abdominal pains and felt very faint.

In A&E, my blood pressure was off the scale and Doctors noted that my tummy was very swollen; I had always hated my ‘pot belly’ but in hindsight this was a sign of something being wrong. I was admitted to hospital, and over the course of 3 weeks had countless blood tests, scans and other investigations, picked up a nasty infection leading to sepsis, and generally baffled the doctors.

Eventually, after an MRI and a liver biopsy I was diagnosed with ‘hepatic adenomatosis’ – my liver was hugely oversized, and contained around 100 benign tumours. It was thought that my sudden pain may have been caused by one of these lesions rupturing, and there was a high risk of this happening again or the tumours becoming cancerous, so it was decided that I would need a transplant. This was a huge shock.

Unusually, I waited 4 years for my transplant. In this time, I finished Sixth Form, went off to University in Sheffield, and tried to maintain normality knowing my life could change in one moment. I lost a lot of weight, slept a lot, and had stomach issues, but didn’t appreciate at the time how sick I was.

It’s a strange feeling wanting and needing something so badly whilst also being terrified of it happening. My call interrupted a Saturday evening library session, and the two hour ambulance ride back to Birmingham was spent being distracted by a lovely paramedic whilst also texting everybody I knew because I was convinced I was going to die. On arrival I was rushed through some last minute medical checks whilst the liver was prepared, and finally at 9am I was taken down to theatres. I had never had surgery before and this was certainly a baptism of fire!

My memories of ITU are patchy; the strong drugs and massive bodily trauma plunge you into what is best described as a dream state. I am told I talked a lot of rubbish. All I really remember is flashes, beeps, and desperately begging for another suck of water from a sponge, as you aren’t allowed to drink. I was also surprised to find myself with several tubes emerging from my body leading to bags of various bodily fluids, including a urinary catheter.

It had been so long since I’d been listed for transplant that I’d blocked out knowledge of the practicalities, which was probably a good thing! I was told that mine was a split liver transplant; I received the larger lobe of my donor’s liver, and a child received the other. I had no idea this was possible, and remain in awe of how one selfless decision by a donor and/or their family can transform so many lives like mine – I hope this brings some comfort.

Back on the ward, time moved slowly but I made fast progress. The first time I managed to sit up in my chair through an entire episode of Jeremy Kyle feeling like an enormous feat, and not just because of the choice of programme. I had a fantastic support system and lots of visitors, but it was still a scary and often lonely time, so I’m forever grateful to the ward team for helping me through and smuggling me late night biscuits.

A scary episode of acute rejection threatened my progress but was quickly sorted out with some high dose steroids, and I was released two weeks post-transplant. The coming weeks consisted of getting to grips with an array of new medicines (around 15 pills per day initially), learning to walk, wash and sleep with my various appendages, and satisfying my enormous steroid induced appetite. My weight had plummeted with the replacement of my huge liver, and I happily took on the challenge of gaining many kilos of cake-derived weight. The oddest feeling was paranoia that my liver would ‘fall out’ if I moved too suddenly. 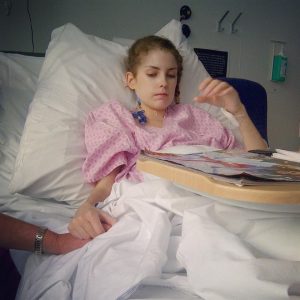 A career in clinical research

Several months later, I was able to move back to Sheffield to complete by Biology degree, proudly gaining a First. Other highlights since include having my lovely nephew, moving to London with my boyfriend, and travelling to some amazing places which I appreciate so much after years of not being allowed to go abroad. I’ve also built a career in clinical research, most recently in the field of transplantation at Great Ormond Street hospital, and love that I can contribute to the health of others. The most amazing thing about receiving a transplant is that you never stop feeling lucky and grateful. 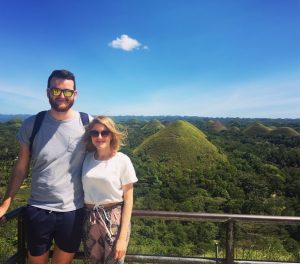 I’m now on two types of immunosuppressant medications. My main side effects are occasional tremor, insomnia, and frequent UTI’s – all of which are a small price to pay for otherwise feeling really healthy (from a former PE-avoider, I now love to exercise and be active!).

I’m sure I’m not alone in having struggled this year. Shielding in my tiny flat and grappling with feeling so vulnerable whilst also feeling so well has been tough. However, this is just more of a reason to be thankful for the amazing experiences I’ve had since my transplant, and determined to make the most of the life I have been given. My dedication tattoo for my donor sums it up: Nothing that ends with a gift will end in nothing… 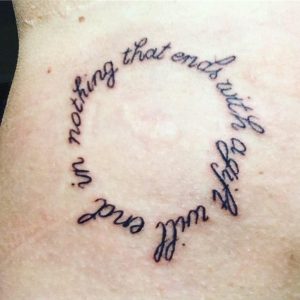 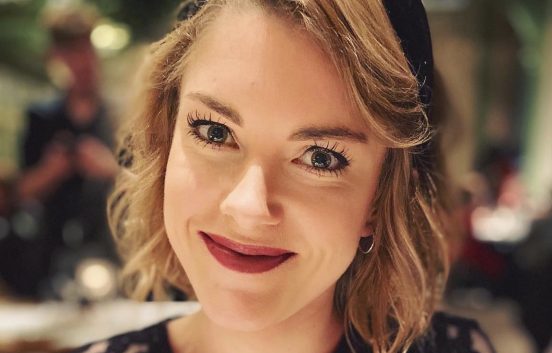