Gilbert’s syndrome (GS) is a condition in which you have higher than normal amounts of bilirubin in your blood.

The medical name for this is ‘unconjugated hyperbilirubinemia’. It is also sometimes called familial nonhaemolytic bilirubinaemia or constitutional hepatic dysfunction.
These long names may not sound promising but GS is in fact a harmless condition. It is not a disease and it is possible that you may not even know you have it.

GS was first identified by the French doctors Nicolas Augustin Gilbert (after whom it is named) and Pierre Lereboullet in 1900. They described a syndrome of benign, periodic but chronic jaundice occurring without any other symptoms of liver disease.   Today, GS is relatively common. It is thought to affect about one person in 20 or about 4% of the population. Some estimates are higher. It affects both males and females. GS is thought to be hereditary, meaning that it is caused by a gene that runs in your family.
Genes contain the instructions for making up your body. GS is caused by a variant gene that has a ‘mutation.   A mutation is a permanent change in the code of the DNA making up a gene or chromosome. This can alter the way a physical characteristic is expressed or cause some function in the body to occur differently. Sometimes the word ‘variant’ is used instead of mutation as many changes do not cause any disorder.   In GS the mutation causes ‘reduced gene expression’, meaning that it limits production of the specific UGT enzyme (called UGT1A1) responsible for conjugating bilirubin. 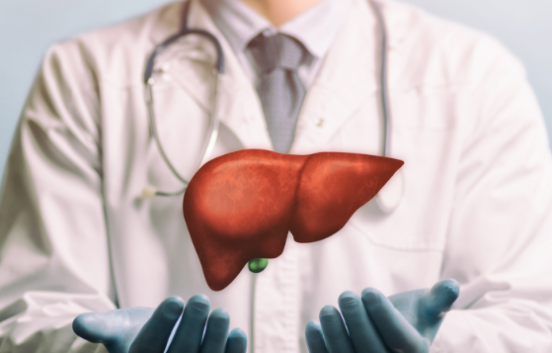 What are the symptoms of Gilbert’s Syndrome?

Gilbert’s Syndrome is usually discovered by chance when a routine or unrelated blood test reveals a rise in the level of bilirubin in your blood. it is likely that you will be told that you have high or raised ‘serum bilirubin’.

A significant increase in your bilirubin levels may lead to jaundice. This is a yellowing of the skin and the whites of the eyes. In GS this is seen more in the eyes. As bilirubin levels are usually only slightly increased it is likely to take a medically trained person to observe jaundice in your skin appearance.

Jaundice may become more obvious if you become stressed, ill with an infection (particularly a viral illness), starved or dehydrated – conditions not in themselves related to the disorder. Menstruation might also be a factor in sparking off higher bilirubin levels.

While jaundice is the only recognized clinical symptom, many people with GS report a number of common symptoms or effects they attribute to the disorder. This is why they may have a blood test in the first place. Such symptoms include:

Such symptoms appear to occur in varying degrees (and some are common to many liver diseases). At least 30% of people with GS do not show any symptoms at all.

How is Gilbert’s Syndrome diagnosed?

Gilbert’s Syndrome is often diagnosed in your late teens and early twenties. In most cases doctors should be able to establish diagnosis on the basis of liver blood tests and jaundice, if you have it.

Sometimes – but rarely – a blood test is taken before and after a 48 hour diet in which you are required to reduce your calorie intake. In people with GS a significant increase in their bilirubin levels is usually seen to follow this.

Liver blood tests are used to indicate whether your liver is inflamed (hepatitis), damaged or not working properly. They measure levels of certain enzyme and protein substances in your blood that may alter when liver damage is present.

Liver blood tests also measure the amount of bilirubin to gain an indication of your liver’s ability to metabolise and secrete it into bile. The ‘serum bilirubin test’ is considered to provide a very accurate picture of how well the liver is functioning.

Raised and heavily unconjugated bilirubin in your blood is abnormal. When this is the only abnormal result, it is seen as a strong indication that you may have GS. Bilirubin levels can, however, fluctuate in GS and it is possible that they can be within the normal range over a period of time.

Bilirubin is measured in micromoles per litre (umol/L).

Where jaundice is evident, medical staff may seek diagnosis by excluding more serious forms of liver disease. GS is one of the most common causes of unconjugated hyperbilirubinemia, but there are others. These include a rare and dangerous disorder called Crigler-Najjar syndrome which is inherited from the same gene.

If your diagnosis involves further testing or delay of some sort you may experience some anxiety before other possibilities can be ruled out.

For this reason it is important that doctors diagnose GS as soon as possible.

Other than inheriting the abnormal gene there are no known risk factors for developing GS. It is not related to any lifestyle habits or caused by any specific environment.

Your doctor should consider the effect of GS when prescribing medicines. Although it is uncommon, there is a possibility that lack of the UGT enzyme can have an effect on the way you respond to certain medications.

Having GS should not prevent you leading a normal life in any way.

There are a number of circumstances that are considered likely to cause your bilirubin levels to rise. Some of these cannot be helped but you might manage your situation better if you can avoid the following:

It is important to eat regularly and healthily, and drink plenty of water. Avoid crash diets or fasting as this may cause your bilirubin levels to rise. Dehydration can also have the same affect.

Some people with Gilbert’s syndrome experience abdominal discomfort after eating complex carbohydrates such as bread, pasta, rice and potatoes but generally people with this condition have no specific dietary difficulties or requirements.

Please visit the support section of our website for information on Support groups in your area or visit our Useful Links section for other organisations who may be able to offer information and support.