A new non-invasive blood test for non-alcohol steato hepatitis (NASH) and liver fibrosis could become an invaluable tool in early diagnosis and monitoring of the conditions without the need for an invasive liver biopsy.

The liquid biopsy, which predicts the staging of the conditions, was developed by researchers at Kings College London and Catholic University of Rome using two circulating proteins and is highly accurate, sensitive and specific.  This test could lead to more people being diagnosed earlier, in time for effective treatment.

NASH is the most severe form of non-alcohol fatty liver disease (NAFLD) and is diagnosed in around 60 per cent of NAFLD patients. It is estimated that it affects around 1 in 8 people in the UK and can lead to fibrosis, liver cancer and liver failure. There are currently no blood tests which can accurately demonstrate the staging of NASH and fibrosis because of low sensitivity and specificity, so they can only be diagnosed through an invasive liver biopsy.

Professor Geltrude Mingrone of Kings College London said: “This blood test will allow us to define the real prevalence of NASH in large and small populations, including children and adolescents, avoiding the need for an invasive liver biopsy. Importantly, it will also allow us to monitor the efficacy of NASH treatments over time, reducing screen failures and help generate better drugs.”

The two protein biomarkers PLIN2 and RAB14 were used by researchers in an algorithm to identify NASH and/or liver fibrosis in people whose diagnosis had already been confirmed through a biopsy. The algorithm, which used AI, produced a sensitivity of 88-95 per cent, a specificity of 90-100 per cent and overall accuracy of 92-93 per cent for NASH. For fibrosis it produced an even more impressive sensitivity of 99-100 per cent, specificity of 90-96 per cent and accuracy of 98-99 per cent.

As well as the immediate benefit to patients, researchers also believe the liquid biopsy will allow researchers to study NASH and fibrosis in the general public, track their progression and the effects of treatment.

Pamela Healy, Chief Executive of the British Liver Trust, said: “People with NAFLD and NASH generally experience no symptoms until the disease has progressed and 75 per cent are currently diagnosed with NASH too late for effective treatment and intervention.  A test to pick up liver disease in the early stages is vital and could have a dramatic and, in some instances, life-saving impact, so we welcome this development.”

Although a lot of research being carried out, there is currently no medicine to specifically treat NAFLD. The main treatment is eating healthily, being physically active and staying at a healthy weight. This can reduce the amount of fat on the liver which can slow down, stop or even reverse it. 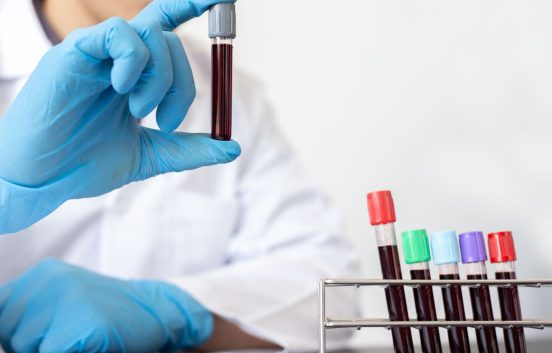