Two major studies have revealed that haemochromatosis, previously thought to be a low-level health risk, actually quadruples risk of liver disease and doubles the risk of arthritis, and frailty in older age groups. It also causes higher risk of diabetes and chronic pain. Deaths from liver cancer in men with the faulty genes were significantly higher than expected, although the number was low.  The research, led by a group from the University of Exeter in the U.K., with the University of Connecticut and the U.S. National Institute on Aging, is published in The BMJ and The Journals of Gerontology: Medical Sciences.

Vanessa Hebditch, Director of Communications and Policy at the British Liver Trust said, “In the UK, at the moment about one person in 5000 people is diagnosed with hereditary haemochromatosis. This new large study is significant as it suggests that it is far more common than previously thought and the associated risks are much higher. The research also indicates that the condition could quadruple your risk of liver disease. Early diagnosis is vital and this study suggest that there may be a need for much more active screening of this hereditary condition as well as greater awareness of the symptoms.”

Haemochromatosis causes people to absorb too much iron from their diet. It accumulates around the body over time, damaging many organs and eventually causing disease. The U.S. Centers for Disease Control and Prevention (CDC) estimates that 1 million Americans have hereditary haemochromatosis. Symptoms can include excessive tiredness plus muscle and joint pains, and these symptoms are often misdiagnosed as signs of aging. The researchers found that in men of European ancestry in Britain, 1.6 percent of all hip replacements and 5.8 percent of all liver cancers occurred in those with two haemochromatosis mutations.

The research suggests that routine screening may be needed for people at risk of haemochromatosis. Blood tests for iron and genetic testing are simple and cost-effective. The condition is easily treated by withdrawing blood.

Professor David Melzer, from the University of Exeter and University of Connecticut, who led the research, said: “The haemochromatosis mutations were thought to only rarely cause health problems. We’ve shown that hereditary haemochromatosis is actually a much more common and stealth disease, which is also seen in older people. We now need to test ways to screen and diagnose haemochromatosis earlier. It’s exciting to think that better care might prevent so much unnecessary disease.”

The team analyzed data from 2,890 people in Britain with the two genetic mutations (HFE C282Y). This group comprised approximately 10 times more people than the largest, previous study in this field. Most cases of haemochromatosis are diagnosed by a genetic test revealing the two genetic mutations. Of this group, one in five men and one in 10 women developed additional diseases, compared to those without mutations. The average age of those studied was 63, and the data suggested that even more diseases developed with advancing age. The team found that men and women with the mutations, aged 65 to 70, were much more likely to suffer from frailty and chronic pain and had lower muscle strength. Fourteen people in the study died of liver cancer.

These findings add to a U.S. study across seven health providers which estimated that 50 percent of men and 25 percent of women with the two mutations were diagnosed with haemochromatosis by the end of their lives. Additional work at the CDC showed that nine percent eventually developed severe liver disease.

Genetic haemochromatosis is thought to have evolved when past populations moved to places where meat was scarce. The ability to absorb more iron from a low-meat diet may have helped women have more babies. In Ireland, it is known as the “Celtic curse”, although it is common throughout Northern Europe and also occurs at a lower level in southern Europe. Having two copies of the mutated gene occurs in one in 300 non-Hispanic whites in the United States, with nearly 10 percent being carriers. The gene is much less common in Non-Hispanic Blacks and Mexican-Americans.

Women have partial protection from the onset of genetic haemochromatosis until later in life because they lose iron through menstruation and having children, although some younger women do develop the disease.

Treatment initially involves regular blood draws, known as a venesection. This is usually done once every few weeks. When iron levels are lower, this reduces to around four times annually. This is known as maintenance therapy. Blood can be donated once the patient's iron levels reach this stage.

Dr. Luke Pilling of the University of Exeter Medical School, first author of the BMJ paper, said: “We found that diagnosis of haemochromatosis is often delayed or missed. That’s not surprising as symptoms such as joint pain and tiredness are frequently mistaken as signs of ageing. Yet, it is likely that these potentially deadly health risks could be treated and avoided, transforming lives, especially at older ages.”

“This could be one example where a less common genetic variation causes limited disease in the young and middle-aged, but reduces resilience and causes susceptibility to multiple diseases later in life,” said Dr. Luigi Ferrucci, Scientific Director of the National Institute on Ageing. “Identifying more of these genetic variants may lead to new treatment targets to ultimately improve health and function in old age. It is possible that many other situations like these exist. Haemochromatosis is unusual, though, in having such a simple and safe treatment already available.”

According to Dr. George Kuchel, study co-author and director of the Center on Aging at the University of Connecticut, “Ageing represents the greatest risk factor for common chronic diseases as well as associated frailty and disability. Our work has not only identified a potentially preventable and reversible contributor to these disabling conditions of late life, but also highlights the importance of developing approaches grounded in Precision Medicine to improve health and function in old age by decreasing the role of upregulated biological drivers of aging in selected  individuals through a simple blood draw.”

The CDC has advised everyone with a family health history of haemochromatosis to talk to their doctor about testing for hereditary haemochromatosis. An NIH institute (NIDDK) advises that health care providers should consider testing people who have severe and continuing fatigue, unexplained cirrhosis, joint pain or arthritis, heart problems, erectile dysfunction, or diabetes, because these health issues may result from haemochromatosis. (see https://www.niddk.nih.gov/health-information/liver-disease/hemochromatosis) 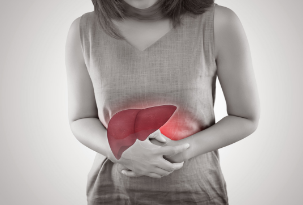