The British Liver Trust has joined leaders from the UK’s largest health charities and medical organisations today to issue a warning to the Prime Minister, urging him to not dilute new laws which could prevent thousands of children from developing overweight and obesity.

Members of the Obesity Health Alliance, a coalition of health organisations including the British Liver Trust, British Heart Foundation, Cancer Research UK and the Royal College of Physicians, say swift measures to address obesity are vital if the Government is going to realise its targets of halving childhood obesity by 2030, narrow the gap in healthy life expectancy, and tackle the NHS backlog.

The warning comes after persistent rumours that the Prime Minister and his new policy chief, Andrew Griffith MP, are being heavily lobbied by the advertising industry and by multinational food companies to delay and water down incoming new laws to restrict multi-buy promotions on unhealthy food in shops, and a 9pm watershed on TV and total ban online on junk food adverts. To concede now would see the Government renege on repeated commitments to these policies, including most recently from the Secretary of State for Health, Sajid Javid, who only last week insisted the Government is absolutely committed to the measures. Parliament passed the promotions restrictions into law last November and is currently on track to do the same for the advertising restrictions.

It would also fly in the face of public opinion, which new polling[1] has revealed is firmly in support of tighter rules on junk food marketing tactics:

Levels of childhood obesity are now at a devastating all-time high, having risen by 4.6% in the last year alone. 28% of children now start primary school with a weight classed as overweight or obese, rising to 41% in 11–12-year-olds[2]. Children from the most deprived backgrounds are more than twice as likely to have obesity than the most affluent children, meaning addressing obesity is a core part of levelling up the UK.

“In 2020, Prime Minister Boris Johnson promised the nation he would make healthier choices easier for everyone. Rowing back on these promises now would leave him with the legacy as the leader who cancelled laws which would prevent thousands of children from developing obesity.”

“It is incredibly concerning to hear that the prime minister might row back on plans to stem the tide of aggressive marketing of unhealthy food and drink. This could have devastating consequences, particularly for children and young people.

“If we lived in a healthy environment, this wouldn’t be such an issue, but we aren’t. We’re surrounded by foods high in fat, salt and sugar, and endless prompts to eat them. That’s why measures to restrict marketing tactics like buy one get one free and promoting junk food at checkouts and aisle ends are so important.”

Vanessa Hebditch, Director of Policy and Communications at the British Liver Trust:

“The nation’s waistband is expanding. We all know that eating too much food that is high in fat, salt and sugar is bad for our health but we also know how hard it can be to make those healthier choices. Junk food advertising and marketing are hugely influential in this, especially when they're aimed at children. Being overweight is a key risk factor for non-alcohol related fatty liver disease  and this is likely to become the leading cause of liver disease in the next few years.

"We must make sure that the Government does not renege on its promise to introduce these restrictions. The evidence hasn't changed and we urge the Prime Minister to address the obesity pandemic which is driving poor health across the UK.”

[1] Savanta ComRes interviewed 2,245 nationally representative UK adults aged 18+ online between 4th and 6th February 2022. Savanta ComRes is a member of the British Polling Council and abides by its rules. 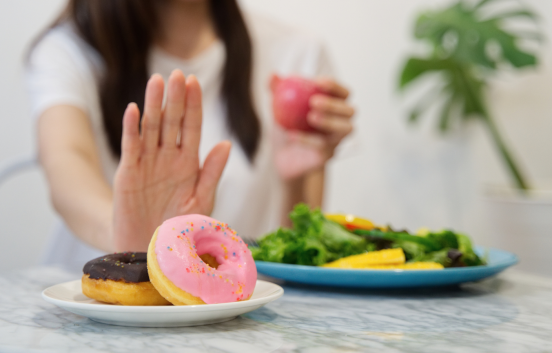