Health chiefs are urging people with long-term health conditions to get the flu vaccine before the virus starts to circulate, as Public Health England (PHE) analysis shows six in ten deaths from flu are seen in people with underlying conditions.

A coalition of charities – including the British Liver Trust – are joining PHE and the NHS in urging them to get vaccinated before Christmas.

Flu is a highly infectious disease and can lead to serious complications for those living with a long-term health condition, including liver disease, respiratory and heart conditions, diabetes, kidney disease, or a chronic neurological disease like multiple sclerosis or cerebral palsy.

Some people with certain long-term health conditions may not view themselves as being at increased risk of serious illness from flu, especially if their condition is not related to the respiratory system. However, people with chronic liver disease and immunosuppression are 48 and 47 times more likely, respectively, to die from flu compared to healthy adults.

Vanessa Hebditch, Director of Policy and Communications at the British Liver Trust, said: “The liver is a vital weapon in our body’s armoury for fighting infection. If the liver is damaged, our bodies find it much harder to fight off illnesses of all kinds, including the flu. Liver disease has many different causes, but any kind of long-term damage to this organ, no matter what the cause, can leave people more prone to infection.

“Many people with chronic liver disease don’t realise that they are at much higher risk of serious illness or even death if they were to catch the flu. The shocking statistics speak for themselves. That’s why it’s so important people with long-term liver disease take steps to protect themselves by getting their winter vaccinations.”

So far this year, 46.8% of people with a long-term health condition (under the age of 65 years) have had the flu vaccine. While vaccine coverage in this group is higher than it has been at this point compared to the last six flu seasons, it still lags behind coverage in other eligible groups. This year we have already achieved the highest ever recorded flu vaccine uptake among older people.

This year, with those most vulnerable to flu also being at high risk of severe illness from COVID-19, it is more important than ever that eligible people get the flu vaccine.

Adam Fyfe, aged 43, is a businessman living in Cheshire with his wife Bev and three children, Lucy, Lois and Ben. Adam’s life changed forever in 2019 when he developed serious complications with his liver, which resulted in him having a liver transplant in August 2019.

After a successful operation, Adam now has to take a range of medication for the rest of his life. Whilst this medication ensures his body doesn’t reject his new liver it also weakens his immune system, therefore making it less effective at fighting off infections such as the common cold or seasonal flu. Living with immunosuppression makes him more aware of the possibility of catching infections that a healthy person would not have to think about.

Adam says: “Being immunosuppressed means that I have to be careful about everything, including what I do, where I am and even what I’m eating. Getting the flu vaccine takes a huge weight off my shoulders. At least I know that it’s one thing I’m protected against, especially as my body needs a helping hand more than most. It’s pretty painless, over in seconds, and the NHS staff who give you the vaccine are very professional and put you at ease.

"If you are like me and are immunosuppressed, I’d urge you to get the flu vaccine. If you’ve ever had the flu or even a really bad cold, imagine what it would be like without your immune system on your side.” 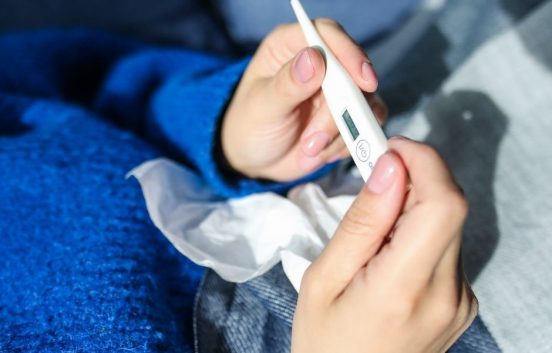