The Trust has joined medical experts and alcohol campaigners to launch a new report showing the majority of the public (55%) want the UK Government to do more to address the harms caused by alcohol to society, such as ill health, violent crime, domestic abuse and anti-social behaviour. Only 3% think the government is doing too much.

The report produced by the Alcohol Health Alliance– ‘How We Drink, What We Think’ – shows that there is support among the public across political affiliations for a range of policy measures to reduce alcohol harm, including:

The data also shows that awareness of the low-risk drinking guidelines and health risks connected to alcohol remains low: 4 in 5 people do not know that the recommended low-risk guideline is not to drink more than 14 units a week. While awareness of the link between alcohol and cancer has increased compared to previous years, the large majority of the public still do not link cancer and alcohol spontaneously.

With a new Alcohol Strategy being prepared in England, the UK Government has the opportunity to step up and introduce a comprehensive, evidence-based strategy to make alcohol less affordable, less available, less desirable and increase consumers’ awareness of the risks related to it. If it does so, it will have the support of most people in the UK.

“This report shows that the public recognises that the UK has a problematic relationship with alcohol, and that they want the government to do more to address this. The UK Government is currently preparing a new alcohol strategy for England, and this data is a clear call to action: the public wants the government to introduce policies that decrease the affordability and availability of alcohol and will make a real difference to the people’s lives.” 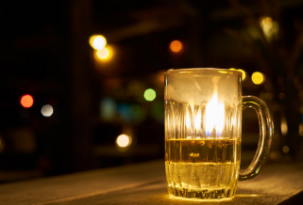