The British Liver Trust is calling for is calling for focus, prioritisation and investment in order to speed up the detection and diagnosis of the UK’s deadliest cancers, as part of the Less Survivable Cancers Taskforce.

The taskforce represents six less survivable cancers, lung, liver, brain, oesophageal, pancreatic and stomach, with an average five-year survival rate of just 16% due to a legacy of neglect and underfunding. Together, these ‘less survivable cancers’ make up half of all common cancer deaths in the UK.

A new report from the taskforce highlights the overwhelming evidence that late diagnosis of cancer leads to poorer outcomes and that less survivable cancers are far more likely to be diagnosed at a late stage. Around one third of patients with a less survivable cancer will only be diagnosed after an emergency admission to hospital when symptoms may include vomiting or coughing up blood. This delay accounts, in part, for the catastrophic prognoses for thousands of people each year. For other common cancers, the proportion diagnosed at such a late stage is just 15% and the average five-year survival rate is markedly higher at 69%.

Vanessa Hebditch, Director of Policy and Communications at the British Liver Trust, says: “Primary liver cancer or hepatocellular carcinoma (HCC) usually has no signs or symptoms at all in the early stages. 80% of people who develop HCC have underlying liver disease so it is therefore vital that there is good surveillance so that any tumours can be picked up early. A robust system is needed so that everyone with cirrhosis has a six-monthly ultrasound scan. This must be coupled with robust mechanisms for recall and further investigation if an abnormality is found through this scan.”

The report explains that the reasons for later diagnosis are varied but a significant factor is that symptoms of less survivable cancers tend to be non-specific and most of the general public are unaware of them. They do not present with noticeable lumps or changes in moles. This ambiguity often means that patients delay seeking medical help.

In addition to this, research has shown that the COVID-19 pandemic has further delayed the diagnosis of all cancers and exacerbated an already dire situation.

The report makes a number of recommendations to close the deadly gap on cancer inequality:

“In addition to increased public awareness of symptoms, GPs need support in terms of resources and equipment as well as access to rapid diagnostic centres for their patients.

“The situation is critical. The COVID-19 pandemic has put an enormous strain on our health service but we must continue to act for people affected by these devastating diseases and give them a fighting chance.

“We are urging ministers, health service leaders, researchers and healthcare professionals to work with us and our patients to make the recommendations in this report a reality.”

The taskforce aims to double the survivability of less survivable cancers to 28% by 2029.

The report has also gained some media coverage. 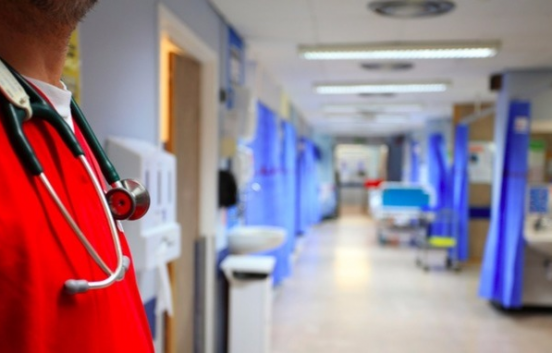