The British Liver Trust has joined forces with other charities to call on the Government to increase funding for public health following years of underinvestment.

New analysis by the Health Foundation reveals that the public health grant has been cut by 24% in real terms per capita since 2015/16 (equivalent to a reduction of £1bn). The cut is falling more heavily on those living in the most deprived areas of England who have seen greater reductions in funding even though they tend to have poorer health. For example, in Blackpool - the most deprived local authority in the country - the per capita cut to funding has been one of the largest at £43 per person per year. Girls born in Blackpool can expect to live 12.6 fewer years in good health (57.1 years) compared to the area with the highest healthy life expectancy for England (69.8 years in East Cheshire).

Vanessa Hebditch, Director of Policy and Communications at the British Liver Trust, says: “Liver disease disproportionately affects the poorest and most vulnerable in society. Yet provision of care continues to be worse in the regions with the greatest socioeconomic deprivation and loss of life due to liver disease is also higher in areas of socioeconomic deprivation.

“We know that it is only by tackling issues such as alcohol and obesity through population-wide public health measures will we truly address the root causes of the UK’s liver disease epidemic.”

The ADPH has published an open letter - backed by over 50 leading charities and representative bodies - which cites the Health Foundation’s analysis and calls for urgent action on public health funding. The Health Foundation has calculated that additional investment of £1.4bn a year by 2024/25 is now needed to restore the real terms cut to the grant and keep pace with rising demand and costs. The additional funding is also vital to ensure that services can meet increased need arising from both historic trends of worsening health and increased risks to health due to people’s experiences of the pandemic.

The two organisations say that, while they welcome the Health and Social Care Secretary’s promise to ‘level up health’, continued cuts to public health funding threaten to undermine the levelling up agenda and further widen already stark health inequalities, which have been compounded by the pandemic. While the government’s focus in the wake of the pandemic has understandably been on providing much-needed financial support to the NHS, there have been no clear signs of similar intent to invest in public health, despite urgent need. They note that the upcoming multi-year Spending Review presents an opportunity for the government to demonstrate that they are serious about levelling up health.

The Health Foundation’s analysis reveals how the reduction in overall funding for the public health grant has impacted different services. Stop smoking services and tobacco control have seen the greatest real terms fall in funding with a 33% reduction. But there have also been significant real terms reductions for drug and alcohol services (17%), sexual health services (14%), drug, and alcohol services for young people (11%), and children’s services (5%). The one area in which spend increased has been in obesity services for children which has seen a 9% increase.

The real terms cut to public health funding stands in contrast to NHS funding which has increased by 2.9% in real terms per capita since 2015/16 (equivalent to an increase of £26.6bn) - a trend that is set to continue. However, the analysis shows that cuts to public health are a false economy as public health interventions offer excellent value for money, and that failure to invest in prevention of ill health will mean greater NHS treatment costs over the longer term. Health Foundation-funded research by the University of Cambridge, shows that the cost of each additional year of good health achieved in the population by public health services costs £3,800, three to four times lower than the cost of £13,500 per additional year of good health resulting from NHS services.

The costs of dealing with poor health will be felt across the economy and our society for years to come.

Jo Bibby, Director of Health at the Health Foundation, said: ‘Even before the pandemic, a girl born in one of the poorest areas could expect to live nearly 20 fewer years in good health than a girl born in the one of the wealthiest. And COVID-19 is likely to have only further widened this gulf. The Health and Social Care Secretary has promised to finally address this injustice and has rightly acknowledged that levelling up health is fundamental to levelling up economically - a healthy and productive population will be essential to the country’s future prosperity. But ongoing cuts to the public health grant run counter to this agenda and will ultimately serve to further entrench health inequality.

‘As the country emerges from the biggest health crisis it has ever faced, the role of public health is as important as it’s ever been. The upcoming spending review presents an opportunity for the government to finally put an end to the short-sightedness of underinvesting in services which keep people healthy and prevent them from becoming ill in the first place.

‘While there is a clear need for further investment in the NHS, to aid recovery from the pandemic and tackle the backlog in care, this must not be at the expense of funding for public health. The evidence shows that this would be a false economy - a failure to properly fund public health now will mean that the costs of dealing with poor health will be felt across the economy and our society for years to come.’ 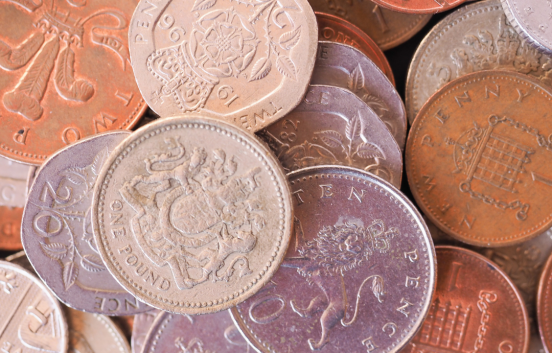