Coronation Street highlights this week a little-known complication of liver disease that the British Liver Trust warns can be deadly if missed or left untreated. Viewers will know that Peter Barlow, who was diagnosed with alcohol-related liver disease last year, has been displaying strange and erratic behaviour and he is finally diagnosed with hepatic encephalopathy.

Hepatic encephalopathy (sometimes called HE), is a debilitating condition faced by patients with advanced liver disease that leads to forgetfulness, poor concentration and affects the way a person interacts socially. In very severe cases it can cause a coma.

Coronation Street's storyline about Peter Barlow has been highlighting the complexities faced by patients with this condition. In the last week Peter’s family and friends have noticed him acting strangely and have suspected that he has been drinking again. On the 10th March 2021, this unusual behaviour is explained by a diagnosis of hepatic encephalopathy.

Pamela Healy OBE, Chief Executive at the British Liver Trust says, “We really welcome and thank Coronation Street for highlighting hepatic encephalopathy, which is a deeply distressing complication faced by patients with severe liver disease. It can also be very difficult for people’s families as their loved ones can become extremely confused and display aggressive or unusual behaviours. Sadly, the condition suffers from a chronic lack of awareness so it is often missed by health providers and misunderstood by people affected by it. Hepatic encephalopathy affects approximately 40% of patients with advanced liver disease and we provide information and support to help those affected.”

“Looking after someone with HE is extremely difficult, tiring and stressful. I constantly watched him for the first signs when Jim would be irritable, belligerent, irrational and unsteady, becoming unable to walk - still insistent that there was nothing wrong. Although it was explained to him, I don't think he ever realised how near to death he was.”

Hepatic encephalopathy occurs when a liver is seriously damaged with cirrhosis and is unable to filter out the harmful toxins carried in our blood as it would normally do. These toxins then continue to flow through the bloodstream until they reach the brain, where they begin to gather. After a while, this starts to cause physical damage to the brain and affects the way people think and act. As well as toxins, things such as dehydration, constipation or an infection can trigger an episode of HE.

The symptoms can range from mild to severe and can vary from person to person. Symptoms can develop rapidly or slowly over a period of time and include confusion, forgetfulness, personality or mood changes.

The British Liver Trust have worked closely with Coronation Street to ensure that the liver disease storyline closely matched the experience of real families affected by alcohol-related liver disease. 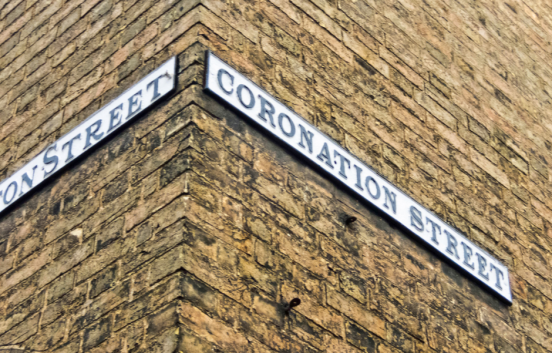