Concert in tribute to talented musician raises £1,000 for the British Liver Trust

The orchestra played a mixture of traditional and contemporary music as a tribute to Mr Hughes, who used to play the flute in the band.

Mr Hughes’ son, Mark, says: ‘My dad was a natural musician. He passed his Grade 8 piano exam at age 14 and could play numerous instruments. So we felt an evening of listening to great players perform music that he loved would be a fitting way to remember him.

‘The church was full. The 54-piece band was fantastic and there were amazing performances by The King’s School, Canterbury, where my dad taught for 30 years and also Louise Lindsey, my niece, singing Memory.

‘Memory is a song from Cats which was the last musical my dad directed. He became ill during the show’s run and I literally held him up on his music stool so he could finish the last show. He was then rushed straight to hospital. He was determined to finish the show and it sums up everything you need to know about my dad! It was an incredible evening.’

Shining a light on liver health

The event raised £1,000 for the British Liver Trust. Mark explains why: ‘Dad was diagnosed with cirrhosis of the liver in 2016 but there was no cause that the doctor could pinpoint for this. He didn’t drink to excess, didn’t have hepatitis and he ate healthily.

‘We hope that by putting on this event we can draw attention to a disease that flies very much under the radar.’

Since 1970, deaths due to liver disease have increased by 400%. This is in stark contrast to other major diseases, such as heart disease and cancer, in which the number of deaths have either remained stable or decreased.

Pamela Healy, Chief Executive of the British Liver Trust, says: ‘We are incredibly grateful to Mark for his efforts in helping to raise awareness of liver disease in memory of his father. Every penny raised at this wonderful event will help transform the lives of people living with liver disease.’ 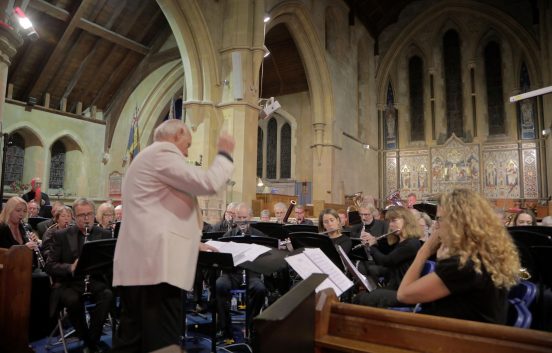