One in six adults in Yorkshire and the Humber could have undiagnosed liver disease, the British Liver Trust’s Love Your Liver mobile screening and scanning unit found after visiting the region in October.

The charity visited York, Leeds, Doncaster, Grimsby, Sheffield and Hull and screened or scanned passers-by who were interested in finding out more about their liver health. Of the 344 people scanned, 52 (15%) had a high reading and were sent to their doctor for further tests.

Liver disease is a leading cause of death in England and Wales, with over 40 people dying from the disease every day. Hospital admission rates for liver disease in Yorkshire and the Humber are above the average in England and rising steadily, with 8,330 admissions in 2019/20 compared to 5,270 in 2010/11.[1] The increase is caused mainly by the rise in people who are overweight and the numbers of people who are drinking too much alcohol.

Pamela Healy, Chief Executive, British Liver Trust, said: “Across the UK, one in five of us are at risk of liver disease and the numbers of people being diagnosed have been increasing at an alarming rate. Liver damage develops silently with no signs or symptoms and people often don’t realise they have a problem until it is too late. Although the liver is remarkably resilient, if left until symptoms appear, the damage is often irreversible.”

The British Liver Trust’s Love Your Liver campaign focuses on three simple steps to reduce your risk of liver disease:

If you are worried that you may be at risk, the British Liver Trust has an online screener, a simple quiz, where you can find out more. Visit www.britishlivertrust.org.uk/screener 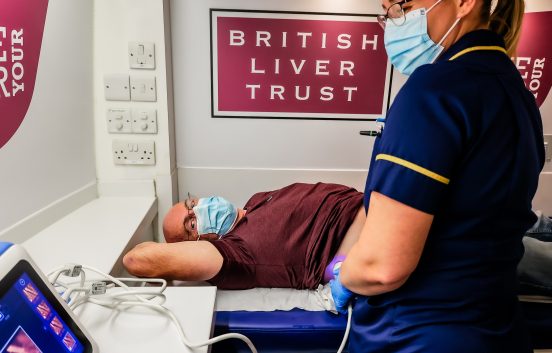