When the lockdown period began, it was clear that our network of face-to-face support groups for liver disease patients in Scotland and Wales would need to be put on hold (indeed many of the attendees were going to have to begin the process of shielding). The British Liver Trust teams in Scotland and Wales had already been keen to trial remote support groups, delivered virtually, to provide support to liver patients in more remote and rural areas, so we quickly put this plan into action, moving all our face-to-face groups into a virtual format so we could reach people in their own homes.

Each session lasts around 45 minutes, and we have run a whole range of groups, from general liver support through to specific groups for patients who are pre- and post-transplant and those with genetic and autoimmune conditions.

Topics discussed have ranged from logistical challenges such as getting prescriptions completed and new systems being used for routine blood tests, through to sharing experiences about sourcing food, and keeping fit and well (both physically and mentally).

We have found that attendees quickly became used to the change of format, and there were actually a number of new benefits to the new groups. The virtual delivery has enabled us to:

What patients are saying about our virtual support groups

“I look forward to the meetings, especially during lockdown & shielding.”

“It was nice to see some familiar faces and to meet new people, albeit virtually, that also have liver conditions. Good to learn from others and share experiences.”

“The sessions are very informative and it is easy to ask anyone a question.”

“I need contact as I live alone so this is essential to keep my mental health OK.”

“I have attended several virtual groups run by the British Liver Trust and greatly appreciate these.”

“It was good to meet up with folks with my condition.” “Just the matter of providing the platform to communicate in itself is a great bonus.”

Following this initial success in transferring our existing groups online, we have quickly expanded the offering and opened up the programme to patients from anywhere across the UK. After raising awareness through the British Liver Trust website and social media channels, a stream of new registrations have led to us launching new groups on a regular basis to meet demand. We will continue to expand our programme, and will be working closely with healthcare professionals to make sure as many patients as possible are made aware of the groups and can benefit from them. 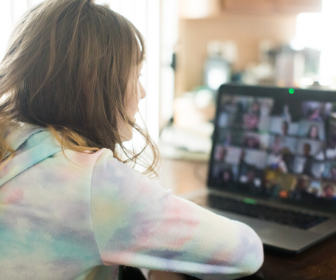