A new study published in the journal Alcohol & Alcoholism has found that alcohol adverts commonly appeal to underage adolescents.

Half of 11-17-year-olds surveyed reacted positively to the adverts featuring Fosters and Smirnoff brands (53% and 52% respectively), and a third reacted positively to an advert featuring the Haig Club brand (34%). Among adolescents who had never drunk alcohol, associations were seen between positive reactions to the adverts and susceptibility to drink in the next year, leading researchers to call for UK policymakers to consider tighter alcohol advertising legislation.

Vanessa Hebditch, Director of Policy and Communications at the British Liver Trust, says: “This research adds to the growing body of evidence that shows how alcohol marketing influences young people. The UK Government should legislate so that young vulnerable adults are not exposed to alcohol advertising and sponsorship so that we do not see the burden of alcohol-related liver disease increase even further in the future.”

Lead author of the study, Dr Sadie Boniface, who is head of research at the Institute of Alcohol Studies, said: "We already knew that exposure to alcohol marketing is high among young people. We wanted to build on other studies that spoke directly to young people about their views, taking advantage of the large number of adolescents in this study. Based on what we know from other research, it was not a surprise that these adverts commonly appealed to young people."

The association between positive reactions to the adverts and being susceptible to drink among underage adolescents who have never tried alcohol is of particular concern. This was consistent for each of the three adverts studied. Taken together with other research, there is strong evidence the current UK alcohol marketing regulations are inadequate in protecting young people from being exposed to content that does appeal to them and influences their behaviour.

A more complex analysis of the relationship between positive reactions to the alcohol adverts and alcohol use found that:

As this was a cross-sectional study, the link between reactions to the adverts and alcohol use behaviours is not causal. However, the researchers note that their findings tie in with other evidence that has established underage adolescents’ awareness of various alcohol marketing activities, and links between marketing exposure and subsequent alcohol use.

The researchers analysed data from a sample of 2,500 11-17-year-olds in the Youth Alcohol Policy Survey, an online cross-sectional survey of adolescents conducted by YouGov for Cancer Research UK in April and May 2017.

The adolescents were shown three television alcohol adverts from well-known beer and spirit brands (Fosters Radler, Smirnoff, and Haig Club Clubman), and asked to rate a series of statements which were used to determine their reaction to the advert. More than half reacted positively to the two adverts comprising content of a humorous or fun nature (53% for Fosters and 52% Smirnoff). A third (34%) did the same for the more ‘sophisticated and stylish’ Haig Club Clubman advert. 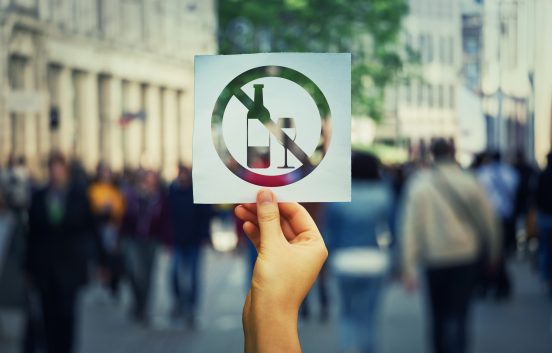