Colleagues and friends of The British Liver Trust will be sorry to learn of the death, on 8th May 2020, of Emeritus Professor Monty Losowsky, former Professor of Medicine at the University of Leeds and former Dean of the School of Medicine.

Monty Seymour Losowsky was born in the East End of London in 1931, the son of immigrant parents. He was brought up in straitened circumstances but nevertheless he excelled academically at The Coopers’ Company School.

He was awarded a place at the University of Leeds School of Medicine, and qualified MBChB with honours in 1955. He started his professional career as House Officer at Leeds General Infirmary to Professor Sir Ronald Tunbridge.  While Medical Registrar at St Margaret’s Hospital, Epping he achieved his MRCP in 1958. By this stage he had developed an interest in gastroenterology and liver disease. With great foresight he went to work as an “Assistant Externe” at the Hôpital St Antoine, Paris in 1960 with Jacques Caroli. He was awarded his MD by the University of Leeds in 1961, based on his clinical and laboratory studies of liver disease. In 1961, he became a research fellow at Harvard University, based in the renowned liver unit then at Boston City Hospital.

Monty returned to Leeds in 1962 and was Lecturer, Senior Lecturer and Reader in Medicine with Tunbridge. In 1969 he was promoted to Professor of Medicine with the specific remit of developing academic medicine at the newly designated St James’s University Hospital. This he did very successfully, providing academic leadership at the hospital until his retirement in 1996.

Monty established a comprehensive gastroenterology service of great clinical significance for the hospital. During the 1970s and 80s there were very few specialist services in district hospitals and patients were referred from all around the North of England. An important corollary was the establishment of a university department of surgery, led by the late Professor Geoffrey Giles. These two pioneers were successful in introducing liver transplantation in Leeds in 1986, a highly significant breakthrough.

Between 1986 and 1992 the hepatology service increased enormously and the two academic departments could no longer manage the clinical workload. Hence an independent hepatology service was established, with first John O’Grady, then Mervyn Davies and Charles Millson as physicians and Peter Lodge and Stephen Pollard as surgeons. Today this is a very flourishing department, truly a legacy of Monty Losowsky’s vision and energy.

Monty never lost his commitment to the NHS and to St James’s Hospital. In retirement he was instrumental in the establishment on the site of the Thackray Medical Museum.

In 2014 he was given The Leeds Award by the Lord Mayor in recognition of his contribution to the city.

He died on the gastroenterology ward at St James’s being cared for by one of his previous trainees, an appropriate end to a life of service to his many patients.

The Trust expresses its sympathy to his wife, Barbara, daughter Kate and son Andrew.

He will be remembered with gratitude and great respect. 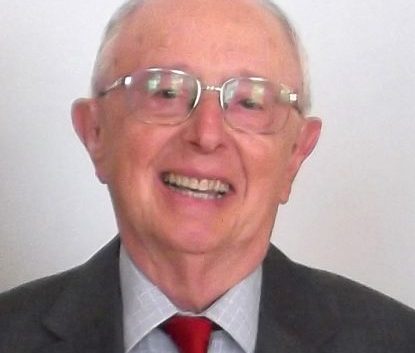