A quarter of Brits admit to having lied about how much they drink. The person they're most likely to lie to is their doctor

It’s been said that GPs use an ‘alcohol multiplier’ when asking a patient how much they drink: whatever they say, multiply it by two.

A new YouGov Omnibus survey produced for the podcast “Britain Is A Nation Of” asked people to come clean on how often they lie about their drinking habits, and to whom.

‘Fess up: one in four Brits have lied about their drinking habits

The results show GPs are right to be suspicious: among those who admit to having lied about how much they drink, which is only a quarter of the population, most have lied to their doctor.

There is next to no difference in the proportion of men and women who say they have lied about how much they drink (29% of men vs 24% of women). Older people are slightly more likely than young people to say they have not lied, with 62% of those aged 55 and over saying so compared to 51% of 18 to 24 year olds.

One in fifteen Brits (7%) say they have never drunk alcohol.

Who we lie to about drinking: GPs and our parents

The survey asked those who said they have lied about how much they drink who they lied to, and how many times.

Among people with children, a quarter (25%) of those who have previously lied about drinking habits have told their kids they drink less than they actually do.

Four in ten of those who’ve lied about drinking have lied to their friends (40%) or partners (37%). Here, men are considerably more likely than women to have lied multiple times. 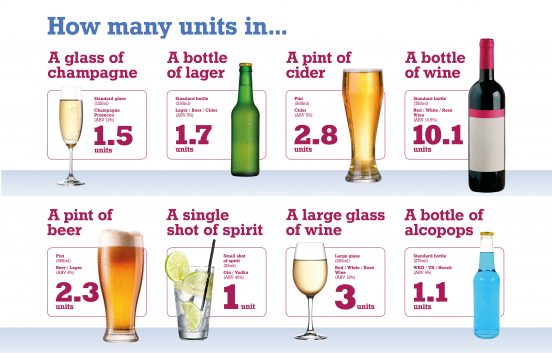