There were 338,000 admissions to hospital in 2017/18 where the main cause was due to drinking alcohol, according to new figures published today.

This is based on the narrow measure where an alcohol-related disease, injury or condition was the primary reason for a hospital admission or there was an alcohol-related external cause. A broader measure that looks at a range of other conditions that could be caused by alcohol shows 1.2 million admissions in 2017/18 although due to improvements in coding this is less comparable through time.

People aged 45 or over accounted for 69% of admissions where the main cause was due to alcohol.

Other statistics included in the report show:

Responding to the figures, Vanessa Hebditch Director of Policy and Communications at the Trust said, “These statistics are alarming.   Whilst there are many other causes of liver disease that are not related to alcohol, it is still the major reason for the massive increase in prevalence that we are seeing across the UK. The British Liver Trust is working with other leading health organisations to call on the government to outline concrete measures to moderate harmful drinking and address the million-plus alcohol-related hospital admissions each year in England. Without tangible counter measures alcohol is set to cost the NHS £17 billion in the next five years alone. A common myth is that you have to be an ‘alcoholic’ to damage your liver. The truth is that around one in five people in the UK currently drink alcohol in way that could be harmful.” 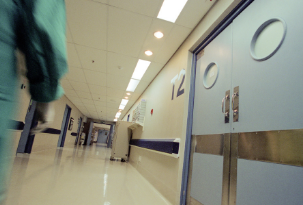