Following the darkest of times and despite everything I remain focused on the light I see at the end of my long gruelling tunnel. If I can do it....Anyone can!!!

From a social drinker, I became hooked on alcohol beyond my greatest fears - from self -medicating to avoid unhappy supressed feelings of home sickness and insecurities, I sadly hit rock bottom. Before I knew it I was on at least 2 litres of spirits a day plus going to any means to reach more when needed. Drinking for breakfast, lunch, dinner, bedtime and anytime in between, passing out by canals, under bridges, in high streets, everywhere. Arm in arm with this came isolation, hospitalisation, close suicide attempts before the inevitable occurred - I was gently released from my media career and found myself broken in the back of a family car, head on pillow, heading back to the Welsh Valleys. Still, I surprisingly gave no recognition to the deep health threats surrounding my liver that hung over me.

But the heart-ache for me and my loved ones didn’t end there – I was sectioned on several occasions, underwent failed detox programmes, ended up virtually homeless and ignored medical advice to reach the frightening heights of advanced liver disease, cirrhosis and ascites. Lifesaving hospital visits, intensive care, resuscitation, months spent on specialist wards ensued. Family stood by as they were advised by tearful medical professionals to ‘expect the worse’. The outlook was now beyond grim.Challenged in every way – personally, physically, mentally, medically and emotionally, I somehow found the strength to fight my cruel disease. In the face of adversity, in my own words, “as if by magic” I made the wrench from near death and embarked on the road to recovery! This may sound relatively straight forward but to say this comes with challenges is an understatement.

Thanks to my willingness to work hard, careful medical plans were put in place and followed, dietary advice and physical and mental rehabilitation came about and the most unlikely of survivors was back on board.

Thanks to my willingness to work hard, careful medical plans were put in place and followed, dietary advice and physical and mental rehabilitation came about and the most unlikely of survivors was back on board. I was referred by my strong local medical team to the specialist liver team at Queen Elizabeth Hospital Birmingham where I now regularly attend clinics and “sit on the doorstep” of a full liver transplant when knock-on medical complications are overcome. These complications are not backwards in coming forwards and for me strength has to be key!

I still describe myself as a shadow of my former self, often going through gruelling procedures to keep symptoms of my disease at bay. However, now 15 months sober, I have clearance and clarity once more. Thankfully wallowing no longer being an option. Using my self-made moto “Turning Guilt Into Gratitude” which continues to help me focus less on the negatives and more on a future, I remain keen to express my thanks to the medical professionals, those family members and loyal friends old and new who have shown belief, support and pride in my uphill journey towards recovery. Vitally, as a liver patient, I preserve my biggest proportion of gratitude for a potential donor and their family.

Attending meetings, keeping a regular medical blog, involving myself in self-help courses in meditation, mindfulness and well-being as well as massively re-engaging with my community. I see this very much as a second chance and urge others to find their own moto to help on their own journey… The future is now very much key with career plans and fund-raising/awareness projects on the cards, in particular for The Liver Trust.

Very much “back in the room” I am ready to fight once again and looks forward to a positive outcome and asks that you watch this space!

Finally, I would like to thank my loving Husband and Mum for playing an integral cog in my on-going and challenging climb to a better life.

Since my article was produced, I am now officially on the transplant waiting list and am attempting to gain knowledge of the Liver Trusts work across all areas of liver disease. I am now on my 4th attempt at transplant and remain hopeful!

“Following the darkest of times and despite everything I remain focussed on the light I see at the end of my long gruelling tunnel. If I can do it….Anyone can!!!

“I am thankful to be back on home turf with a brand new vision.  I remain vigilant around my addiction and its dangers!!!” 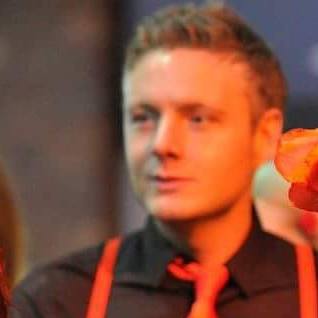