Monica was diagnosed with liver cancer on her 61st birthday and had a liver transplant. Thank you for sharing your story, Monica.

I now volunteer as a transplant mentor at King’s.

I was born with hepatitis B which had been passed on to me, unknowingly, by my mother. I was diagnosed with the virus shortly after my mother passed away. I was 30 at the time and although initially shocked, it wasn’t seen as a serious problem. I always told healthcare professionals that I was a carrier, and my children were vaccinated against the virus when they were born. I didn’t have regular checks on my liver because I was told I wouldn’t need to and I felt generally fit and well.

My liver cancer story began at the age of 60, when I noticed that my hair was falling out more than usual. I thought this was strange, so I went to the doctor who did a blood test which found some anomalies. Because of family history, I was sent for more tests and a Fibroscan, which showed that my liver was hardening and I was prescribed some medication to take to stop it from getting worse.

A short while later, I had a liver biopsy which was inconclusive. I then had a number of MRI scans and ultrasounds. Doctors eventually found a tiny tumour the size of a thumbnail on my liver.

The diagnosis came on my 61st birthday. The news came as a huge shock. My mother had passed away with liver cancer when she was only 62. Although the tumour was tiny, it was next to the portal vein, so I underwent portal vein embolisation which made me feel quite unwell.

At the time I was also invited to take part in a treatment trial at King’s College Hospital and was randomly selected for laser treatment which required a general anesthetic. I was taken into surgery for the procedure but the surgeons quickly realized that my liver was too cirrhotic to go ahead – a transplant was now my only option. This was a complete surprise to the doctors, because I had none of the typical outward symptoms of cirrhosis, like jaundice or ascites. I was put on the liver transplant list a few days later.

That very same month, the transplant team called me to say they had a potential liver for me. I went into hospital, the operation went very smoothly and I had a good recovery. I was told that if I’d had a more invasive type of treatment in the trial, I wouldn’t have been able to have had the transplant for some time, so I know I’ve been incredibly lucky.

I now volunteer as a transplant mentor at King’s, supporting others through the process. No two people have the same liver cancer journey but some people find it helpful to chat about it with someone who has been through a similar experience. I also volunteer at transplant education days and fundraise for the British Liver Trust – my family and I took part in the Leap For Liver Challenge doing a 'Family Skydive' raising nearly £5,000! 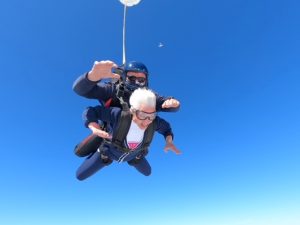 I had my five-year scan recently and my cancer is deemed as cured. 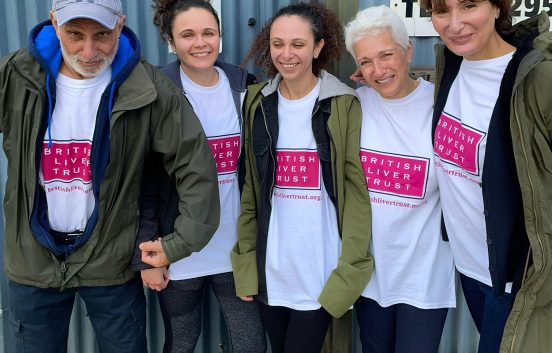