My liver disease has grown more complicated over the years and nearly my entire liver is covered in little lumps that have not grown. In late 2018, a small, growing, tumour-like lump was found on my liver. Doctors investigated this lump further and diagnosed me with a suspected liver cancer.

Up until my diagnosis aged 11, I was a heathy and active child. One day in September 2002 I began feeling unwell with tummy pains. After a few hours my parents took me to the local hospital where I began vomiting large amounts of blood. I was diagnosed the next day with ruptured oesophageal varices. After investigations and an operation to stop the bleeding I was diagnosed with liver disease as a result of a portal vein thrombosis and portal hypertension.

The doctors believe that I was either born with a portal vein thrombosis (PVT) or developed one as a young child. As a result of my diagnosis I became more tired than before and I gave up many of my childhood hobbies. Throughout my teenage years I had multiple regular endoscopies with variceal banding and luckily under the good watch of my doctors at Birmingham Children’s Hospital, I didn’t suffer another bleed. Throughout this time my endoscopies became less regular as I didn’t need them as much.

I was at work and felt a sharp pain on the right side of my abdomen. The next day this became worse and the pain became unbearable.

Not long before turning 23, I was at work and felt a sharp pain on the right side of my abdomen. The next day this became worse and the pain became unbearable. I sought medical help but the doctors could not find anything and sent me home with pain relief. I was off sick from work due to this pain, and around 2 weeks since having the first pain, I was in agony all night on a Friday. The following morning, I turned up to the hospital as they found infection markers within my blood and scans a few days later showed an 8cm laceration of my liver.

The infections kept returning and I eventually lost my job as I couldn’t endure the constant pain. I took this opportunity to go to university as I could get support through the course due to my disability. During my first year of university I suffered a huge infection that resulted in a dangerous condition called sepsis and spent 10 days in hospital. Sepsis highlighted or caused (doctors aren’t sure!) multiple abdominal thromboses and I had to be placed on lifelong blood thinners to prevent any further complications.

My liver disease has grown more complicated over the years and nearly my entire liver is covered in little lumps that have not grown. In late 2018, a small, growing, tumour-like lump was found on my liver. Doctors investigated this lump further and diagnosed me with a suspected liver cancer. The original plan was to remove the lump via biopsy and ablate the area to prevent regrowth. Some scans were unsuccessful to show the lump clearly and an MRI showed that the lump is particularly close/almost behind one of my lungs. This made the biopsy dangerous as one of my other lumps could begin to grow and we would be back in the same situation. It was also a risk that a biopsy could cause damage to my lung as it is so close and a liver transplant has been an option in the future. The doctors decided that it would be best to have a full liver transplant.

I went for assessment at the beginning of 2019 and was placed on the list on March 5th 2019. This has been incredibly scary for my family and I as there has been nothing I could have done to prevent this situation. It is also scary due to my complicated presentation of symptoms and issues with thromboses, damaged/squashed bile ducts and multiple varices within my abdomen. Due to the size of my tumours I am now awaiting a procedure called trans-arterial chemoembolization.

Thank you to everyone who donates blood, as this has saved my life on a few occasions. I really can’t even begin to express my gratitude for such a selfless act. If you haven’t already joined the organ donation list, I would like to encourage people to start the conversation about organ donation with friends, and even colleagues at work and to place yourself in someone else’s shoes. Most people would happily accept an organ for themselves or their family, yet so many are wasted by not expressing your wishes to family. I would encourage everyone to sign up and have the conversation with your loved ones if organ donation is your wish.

Thank you if you have already joined the register and expressed your wishes to family, I can’t even thank you enough for the hope you give sick people. Most of my life I have been ‘the sick child’ and now I am disabled. Your donation wishes give me some hope of a normal life, to be able to carry a child, hold down a job with more than 2 hours a week and little things, like go to the gym! 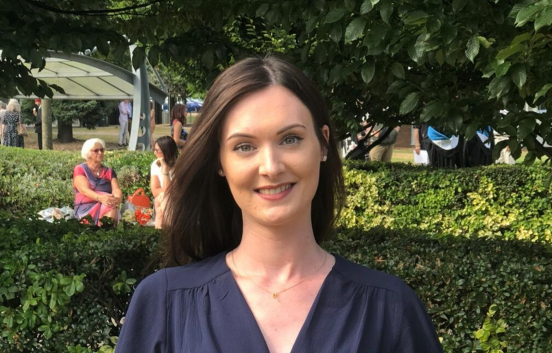