Martyn’s story: “Without SIRT, I wouldn’t be here today”

Martyn was diagnosed with liver cancer in 2014 and was treated with selective internal radiation therapy (SIRT). He shares his experiences of the treatment here.

“Initially I had a rash on my legs together with a persistent cough and after seeing my GP I was referred to a dermatologist. The dermatologist could find nothing seriously wrong and as a precaution my GP decided to refer me for a CT scan.

“While trying to picture my lungs, the image immediately picked up a shadow on my liver. This resulted in a further detailed MRI scan. Whilst the chest specialist in Darlington was not unduly concerned by the scan results, it was later confirmed by the Freeman Hospital, Newcastle that a tumour was present.

“It was here, following a biopsy to confirm, that I was diagnosed with liver cancer. As can be imagined, this diagnosis came as a huge shock.

“The team in Newcastle found that the tumour, despite having no symptoms of cancer, was extremely large and aggressive. When the tumour was diagnosed, the oncologists found that it was too advanced to be taken out directly from my liver, as too much of the organ would have to be removed. I was told that it was the size of a grapefruit. Any surgery without more treatment would have left me with a severely damaged liver and almost certain to die.

“Luckily for me, and for patients with similar conditions, there are other options available to clinicians now that can give patients a chance to extend their lives and even have curative treatment.

“It was decided that there was a possibility I could be treated, and possibly become cancer free, if selective internal radiation therapy (SIRT) was used.

“SIRT is a ground-breaking therapy that uses the techniques of interventional radiology (IR) to control and shrink liver cancers that cannot be removed with surgery to the point at which they can be removed. With SIRT, a radiologist threads a catheter through a pin-sized hole in the patient’s artery and uses x-rays/radiological imaging to guide tiny beads through this catheter to the patient’s liver.

“These beads, called Yttrium-90, are microscopic and contain radiation that destroy the tumour while the beads themselves block off nutrients to the tumour.

“Several million beads are guided to exactly where they need to be with just a local anaesthetic while the patient is awake. This means that no open surgery is needed for the procedure, which is incredibly significant for patients.

“Luckily for me I was eligible for the programme and had two rounds of the treatment. I was fascinated during the treatment to watch the beads course through into the damaged liver.

“After the two treatments I felt OK and continued to work normally. Subsequently, my tumour shrank to a size it could be operated on. I found out that the half of my liver that had not had the tumour had been strengthened by the SIRT.

“Considering my situation, I was grateful there was an alternative treatment that I could access as chemotherapy was not an option for me. However, it did take a long time from the first SIRT treatment until surgery (from 2014 until 2016).

“The removal of the tumour was successful, with the surgical team performing an excellent job. I accepted the fact that the surgery was risky, and indeed I did have some complications. I contracted sepsis three times and spent almost three months in hospital.

“After surgery to remove the tumour my recovery was gradual and I have received regular scans to confirm the tumour has not returned. I am very grateful to the team at the Freeman Hospital and that I was eligible for the treatment.

“Looking back, this period was extremely tough for me and my family but it was a means to a successful end.

“Finally, I would like to say that if you are suffering from cancer, you must stay strong, be resilient and do not simply give up hope. You owe it to your families and loved ones to conquer and survive this disease. Good luck and keep safe.” 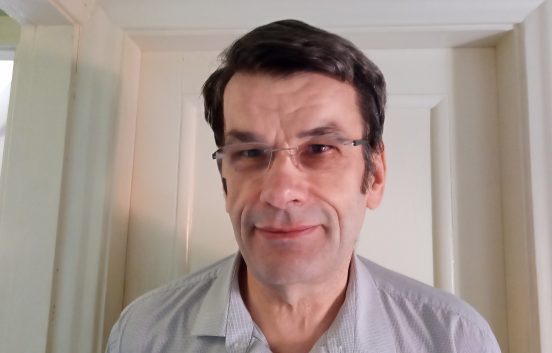