Eleanor’s story: “I’m thankful for time we didn’t expect to have.”

Eleanor is supporting the Sound the Alarm campaign to end late diagnosis of liver disease and liver cancer. Here, she shares her father's liver cancer story. Thank you very much Eleanor.

"In April 2017 my Dad, Fred, was diagnosed with primary liver cancer. He had blacked out in the street, fallen and cut his head very badly so was taken to A&E. On admission his liver function test (LFT) was out of range so he was admitted and had further tests done.

"A tumour 16cm in circumference was found and when we saw the specialist (three weeks after discharge) we were told nothing could be done: It was too large for radiotherapy or surgery to be an option. In the two years previous to Dad's diagnosis he had complained to his GP a number of times about the full body, severe itching he was experiencing and the hot sweats, which I'm told are two common signs of the condition.

"We know his LFT was out of range then but the doctor sent him for a colonoscopy and an endoscopy - NOT a liver scan - which confuses me to this day.

"Everyone told us that once diagnosed Dad would pass very quickly but at every turn he did the opposite to what was expected and survived his diagnosis by two years! My Dad was 86 when he died on 11th May 2019 and I'm thankful for time we didn't expect to have." 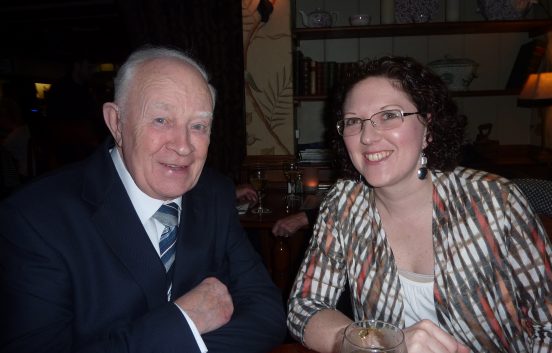