A small clinical trial investigating the use of a new technique that could significantly increase the number of donated livers that can be used safety for organ transplantation has shown promising results.

The research team at University Hospitals Birmingham and University of Birmingham wanted to tackle the serious shortage of livers available for transplant by using new technology to make more donated livers suitable for use.

Why the research is needed

Increasingly, livers are coming from older or sicker donors: the NHS rejects 1 in 5 as they are not considered to be of good enough quality to be used. These are called ‘marginal’ quality livers.

Waiting lists for liver transplants are long, and sadly 1 in 10 patients die or become too ill to have the operation whilst they are waiting for this life-saving treatment.

The research team used a machine called a Normothermic Machine Perfusion (‘NMP’) device to test these rejected ‘marginal’ quality livers, and find out whether they would function and could be safely transplanted.

Earlier clinical research has shown that NMP can preserve livers better than the usual ‘cold’ storage. NMP gives the liver a flow of warm oxygen- and nutrient-rich blood, and also monitors and checks how well it is functioning.

The results of the study

Researchers put 31 NHS-rejected donor livers on an NMP machine for 4-6 hours, and monitored their functioning. Of these, 22 could be safely transplanted into patients, with their informed consent. All of these livers would previously have been considered too high risk to use.

The participants’ health and wellbeing was then tracked by a specialist medical team at the Queen Elizabeth Hospital in Birmingham.

The first 90 days after transplant is the critical period for a new liver to settle in. Researchers found that all 22 of the patients transplanted were well and their new livers were fully working at Day 90.

Vanessa Hebditch, Director of Communications and Policy at The British Liver Trust, says: "Liver disease is a UK public health crisis and in the last ten years, the number of liver transplants performed annually has tripled. Sadly, there continues to be a shortage of livers viable for transplant and hundreds of people die each year while on the waiting list.

"Larger studies are now needed to confirm the results but, ultimately, this could lead to a reduction in waiting list times and mortality rates from advanced liver disease.” 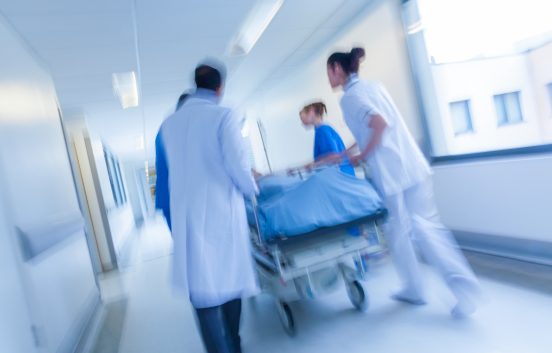