Siobhan’s story: “Despite my condition, I’m able to lead a normal life.”

Even though it is very rare, I think it’s important that healthcare professionals are aware of the condition.

In 2008 I had lost some weight and noticed a lump in my stomach. I’d also been having pains in my right shoulder (a symptom of liver cancer) but I assumed it was unrelated. I was sent for blood tests and an ultrasound scan which showed a large lesion on my liver.

After an MRI and a CT scan, doctors said the lump was benign but due to the size it would probably need removing. I was told it was up to me whether or not I had it removed. When I eventually had the operation, doctors realised I had a 20cm tumour on my liver and I was then diagnosed with a rare form of liver cancer called fibrolamellar hepatocellular carcinoma.

Surgeons removed the cancer but unfortunately fibrolamellar liver cancer does have a very high recurrence rate and there is no proven chemotherapy yet. I’ve since had another liver resection and additional surgery to remove a large lymph node from near my pancreas. My last recurrence was in 2015, this was treated with radiofrequency ablation.

I'm fortunate that even after having fibrolamellar four times my condition is now stable. I do still have scans every six months and blood tests to ensure no further recurrences.

Despite my condition, I’m able to lead a normal life. No one knows what causes fibrolamellar liver cancer and it usually only occurs in young adults - I was 35 when first diagnosed.

It’s very rare (less than 200 cases worldwide every year) and there’s not much research about it in the UK. Even though it is very rare, I think it’s important that healthcare professionals are aware of the condition. 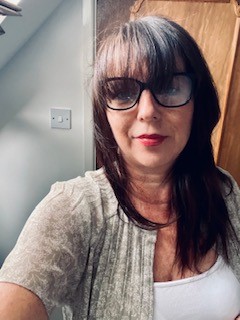