Simon has alcohol-related liver disease and is on the liver transplant waiting list. He shares his liver health story and how his experiences have shaped his outlook on life.

My message for others is: stay positive!

My story begins when I moved to London for my career when I was in my twenties. To avoid getting the tube home after work during rush hour when it was really hot, me and my workmates would go for a few drinks together after work. Like many people, we made it a regular event. Sometimes we did get quite merry, but we didn’t get rowdy or get into fights. Alcohol became part of my social life for about ten years.

I had a few relationships around that time. One in particular I felt was very controlling and, understandably, he didn’t like me drinking too much. So instead of drinking in front of him, I’d find other opportunities to drink when he wasn’t around like on the way home from the shops. After four years of living together we split up and the first thing I did was drink two bottles of wine.

My next relationship started well. I moved to Hitchin so we could start a new life together in our new flat. They were more accepting of how much I drank. However, after going to Australia for a family occasion, they never came back. I was lonely and drank a lot to pass the time and take the pain away.

I carried on drinking to cover grief, boredom and loneliness. I’d drink about two bottles of wine a night. I never really had any symptoms of liver disease until one morning I woke up and my stomach was huge and swollen with ascites. I was so shocked and scared about it that I stopped drinking that very day. I now know doing that can be dangerous, but luckily I’ve been okay and haven’t craved a drink since.

I called 111 and went for lots of blood tests. I was also slightly jaundiced by this stage. I had an ultrasound which I was told showed my liver looked smooth and suggested my liver was not as bad as they thought and would heal itself. I was under the impression I was starting to recover from my illness.

Doctors confirmed I had alcohol-related liver disease and I was given spironolactone which helped to reduce the swelling at first. My weight dropped down to nine stone and I looked so skinny.

At the end of 2020, I reduced my medication but the ascites came back and was harder to keep under control. I continuously increased the dosage of the medication but it began to have no effect and did not clear the ascites as it had previously.

In February 2021 I went to see my GP who told me I was an ideal case for a liver transplant. That was huge news to me, as a transplant had never been mentioned to me before. I went through the checks and assessments fairly quickly and was put on the transplant waiting list. I’ve had four ‘false starts’ so far, two because the liver wasn’t quite right and two because there was no room available for the operation at the time.

As someone who lives by themselves, the logistics of a transplant can be challenging. I need to have friends on call day and night to give me a lift to hospital if I get the call. They can’t be heavy sleepers! I was planning to move in with my Mum after the operation, but sadly she passed away in August 2021, so I’ll need to rely on other family and friends for help instead.

Despite everything that’s happened, I remain a very positive person. The operation doesn’t scare me and I trust the doctors. I know what I did to myself and I’ve learnt from it. It’s made me reconsider a lot in my life, including my career. I’ve always worked in quite well-paid commercial roles but now I’d like to do something with more meaning and help others. My message for others is stay positive! It really helps in so many ways. 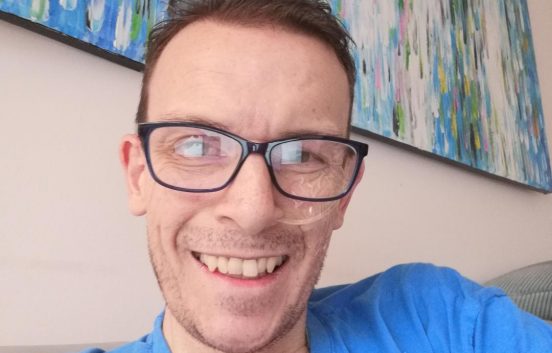