I was diagnosed with liver cancer in April 2011 and had a liver transplant the following December. As I approach the 10th anniversary, it feels timely to revisit the experience to see if the time distance reveals different perspectives.

My initial health concerns began in earnest nearly 20 years ago when my wife and I bought a new house. Among the suggestions made by the mortgage company was that we took out life insurance and this led to a number of medical investigations that, in turn, led to a diagnosis, after quite a few years, of a genetic disorder called “haemochromatosis”, which is a condition that causes a number of concerns, including in the worst case (about 2%), cancer of the liver. I received that diagnosis in spring 2010, after an upper GI bleed led to routine MRI scans. The first of these indicated the onset of cirrhosis, which while serious, can be managed subject to certain expectations of health related behaviour.

As will be evident from this account so far, apart from the GI bleed, this diagnosis lacks some drama: there were no progressive, debilitating symptoms that can be evidence of deteriorating liver health and this, I understand, is a commonplace with liver cancer. Clearly, however, it was a warning and among the consequences was my decision to have another go at making a contribution to my ongoing health: that of avoidance of alcohol. Accordingly, on 1st January 2011, I decided that from the following day, I would not drink and would adjust my diet and exercise regime to lose weight and get fitter than I was.

This was going to be a challenge: I was due to work away, with colleagues who invariably gathered at the end of each day in the hotel bar for dinner; my wife and I were due to have some winter sun in Tenerife at the end of January; and I had a series of other commitments, both in UK and continental Europe that would involve social contact, invariably including social gathering in bars and restaurants. The culmination of this expected programme was three weeks in Mexico which included both work and a ten-day holiday on the Pacific coast.

I managed all of these without alcohol while maintaining a reduced calorie diet and losing weight.

Two weeks before flying to Mexico, I had an MRI scan at Blackpool Victoria hospital. While this was a precautionary investigation post GI bleed, I was relieved not to have heard anything before we flew. Mexico was exciting and enjoyable and while there, I managed to resist the appeal of tequila and other alcoholic treats. I walked a lot and developed a crude circuit, lifting bags and cans in place of weights.

We arrived home early in the morning of 14th April to find increasingly urgent telephone calls from my local liver specialist in Blackpool. I had to phone him as a matter of urgency.

Responding to this call was the beginning of a new life in many respects: I had doctors’ appointments near home and in Leeds, my nearest liver transplant centre, for meetings and scans and a wide variety of tests to measure heart function, respiratory condition, weight, blood. To keep my mind off what was to follow, I continued to work both away and at home and in some ways, life continued as normal.

But it was a new normal: things that had been taken for granted were now a bit special, so we were making a point of booking theatre tickets instead of talking about doing so. We treasured weekends away as and when we could do so. I also had some treatments in advance of a possible transplant. These involved short hospital stays for chemo-embolisation and heart checks, as well as fitness tests and other investigations.

Trips away were limited to a three hour drive from Leeds in the event of being called in for a transplant so we became familiar, once more, with places close to us, instead of a flight away. It was on one of these trips – Christmas shopping for the weekend in Chester – that I was called in, for the second time, this time for a successful transplant, on 11th December.

Looking back on the following 11 days reveals an amazing journey. From barely functioning, bed bound, tubed and delusional, within a day I was sitting up next to my bed and then walking short distances to escorting family members and friends to the exit after their welcome visits. My journey home, in time for my 64th birthday and Christmas, seemed to take an age but soon became a part of my life as I visited St James’s for post operation checks with the surgeons, then the physicians. I remember my surgeon saying on the last of my weekly visits that I was now being handed back to “the clever doctors” to manage my longer term post-operative phase. This comment was typical of the relationship patients had with all of the professionals caring for them. Patience, modesty, honesty, kindness, a willingness to listen and reassure were all features of the interaction I had with these wonderful human beings.

Within months, I was back in full time work and enjoying social life and travel. I had few post-operative concerns and over time, my medications were reduced. Now, nearly 10 years later, I continue to do a bit of work, and pre-COVID, at least, was enjoying longer holidays in UK and Europe. I still work hard to keep healthy, managing my weight and fitness, and still not drinking alcohol – something which deserves a brief mention.

While it is true that my genetic disorder contributed towards the possibility of developing liver cancer, I am aware that alcohol use was also a factor. There is little doubt that I drank more than I should, while still managing to function in both personal and professional life. But the damage is hidden and for the unlucky ones, it does not reveal itself until too late. 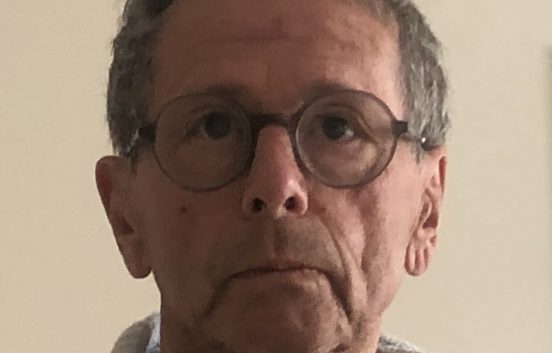 Please support us by making a donation DONATE NOW
One in five of us is at risk of liver damage. Your support can help reduce the devastating impact of liver disease.
© British Liver Trust. All rights reserved. Registered Office: Venta Court, 20 Jewry Street, Winchester, SO23 8FE.
Registered Charity England and Wales 298858, Scotland SC042140. Company Limited by Guarantee Registered in England and Wales, Company No 2227706
Website design and build by Epix Media.