Jackie's story: "It was a shock to hear the words out loud." - British Liver Trust

Jackie’s story: “It was a shock to hear the words out loud.”

Jackie was diagnosed with liver cancer in 2021. She and her daughter Florence share their experiences of having a liver cancer diagnosis in the family during the pandemic.

For me it was also important to have lots of information about liver cancer and treatments.

In 2016, following admission to hospital due to my stomach swelling from fluid retention (ascites), and abnormal liver function tests, scans found that I had developed a blood clot, probably over a period of several years, in my portal vein, which impacted the blood flow to my liver.

The scans also showed several small nodules had developed on my liver.  The cause of the blood clot took a few months to establish but I was found to have a relatively rare blood disorder that can cause blood clots. Consequently, I have had regular scans and monitoring of my liver ever since.

We moved to West Cornwall in 2019 and absolutely love it here. The coastal walks are amazing, the colour of the sea is spectacular and the pasties and cream teas are delicious! However, at the same time as enjoying our new adventures, my scans continued and in April this year the MRI scan showed a new growth on my liver that the consultants strongly believe to be cancerous. The possibility of developing liver cancer had been discussed with me by my consultants since my initial hospital admission, but it was still a shock to hear the words out loud.

The hospital team decided not to biopsy the tumour due to the location of it, close other major organs, and concerns about spreading any cancerous cells. However, formulating a treatment plan was not straight forward as the tumour is in an awkward position, close to my lung and large intestine, and also as my body in it’s rather clever quest to find ways of bypassing the blocked vein, has created many new veins to convey blood to the liver.

This means that any surgery now comes with significantly higher risks for me. Given the ‘complex' nature of my case, there were initially four different hospitals, several multi-disciplinary teams, consultants, specialist nurses, all wonderful NHS staff, involved in my care and working out the best way forward for treatment. Various treatment options including ablation, cyber knife, and transplant were considered before it was decided that surgery to remove the tumour was the most appropriate treatment.

The pre-surgery assessments have been very thorough and I have also been given ‘pre-hab’ exercises to do to increase my fitness for surgery. So, I have been doing interval training on an exercise bike, some strength training, and have continued to enjoy walking the coastal paths most days.

I have also found that being able to spend time by the sea has helped me cope with the inevitable emotions and feeling that being diagnosed with liver cancer has bought. For me it was also important to have lots of information about liver cancer and treatments and the British Liver Trust has helped greatly with this. I am also writing a blog as I found this was a good way to let people know what was happening, as well keeping a record of my treatment and progress. It has also been surprisingly cathartic exercise for me to be able to write things down in this way. This was something I had not really expected when I began writing it.

I am currently waiting for a date to go into hospital for surgery. Unfortunately, the impact of COVID-19 for the NHS has meant that my initial operation date had to be cancelled due to pressures on the hospital.  However, my hospital team has kept in good contact and I have now had further scans, I am very hopeful that I will have a date soon. 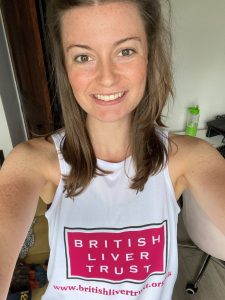 After not seeing my parents for eight months due to the pandemic, it was really tough to take in the news about Mum’s diagnosis. We live quite far apart and she’s had to isolate again whilst we wait for an operation date. I can’t wait until we can meet up, hug again and rest easy knowing she’s had her operation, before taking in what the next steps will be.

In the meantime, I’ve channelled all my emotions and energy into training for the London Marathon to raise money for British Liver Trust! I’ll be taking part in the 2022 marathon and can’t wait to have my mum at the finish line. 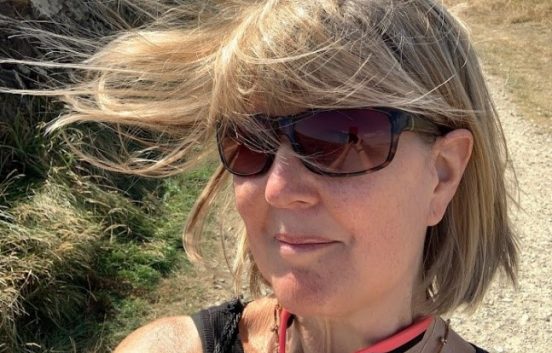