Geraldine's story: My sister donated part of her liver to me - British Liver Trust

Geraldine’s story: My sister donated part of her liver to me

I would do it all again for the chance of life and seeing my son and daughter grow up.

“I had my live liver transplant from my identical twin sister in 2014. She donated the large lobe of her liver to me in a 14 hour operation. In fact, we hadn’t realised we were identical twins until the doctors told us!

“It was touch and go whether my sister could do it. They didn't take her to the operating theatre until they had opened me up to check if it was viable. Shortly after getting into ICU they took me back down to theatre to open me up again - but I can't remember why.

“Whilst in hospital (12 weeks in total) I had my splenic artery embolised, I had various stents put into place, I had an abscess on my new liver. At times I had low potassium and sodium levels which meant low fat diets and no fluids and I had a varices bleed.

“But, I am now healthy with auto-immune hepatitis, which the doctors found to be the cause of my liver disease one year after my transplant.

“I would do it all again for the chance of life and seeing my son and daughter grow up.” 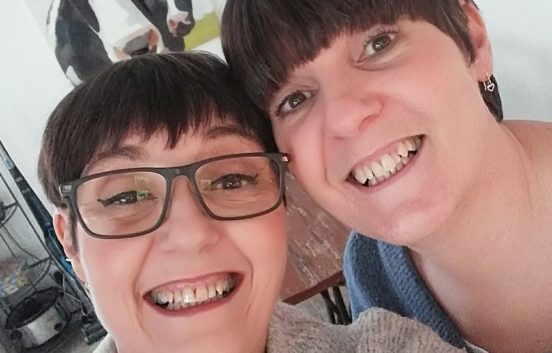