I went to the doctor and after a load of tests they told me I had cancer of the liver and cirrhosis. It was a real shock to say the least.

In July 2015, Bob, a dad-of-four underwent a life-saving liver transplant - just 24 hours after being placed on the NHS waiting list. The transplant - believed to be one of the quickest ever in the UK - came four months after was diagnosed with end stage liver cancer and cirrhosis in March that year.

After undergoing weeks of tests to see if he would be suitable for a transplant Rob, 52, was placed on the waiting list on 27th July 2015. He went home expecting to wait weeks, or possibly months, for a suitable donor to be found. But at 3.45am the next day, he received a call from Birmingham’s Queen Elizabeth Hospital telling him to get there as quickly as possible...By mid-afternoon he was undergoing the transplant operation.  Rob said: “I would like to thank them and all the transplant team for their dedication and care.”

Bob explains what lead to his diagnosis in March 2015.

“I used to be as fit as a fiddle; I used to go to the gym three times a week. I used to drive 13 tonne machines around buildings sites, so I needed to be healthy and alert. But I’d started to feel dizzy and tired. I went to the doctor and after a load of tests they told me I had cancer of the liver and cirrhosis. It was a real shock to say the least. It was sickening, when you hear ‘cancer’ you automatically fear the worst.”

“I was told my liver wasn’t strong enough, they took blood tests, gave me tablets and sent me for transplant assessment.

“They put the cirrhosis down to drinking, I've always liked a drink but never thought of the damage it could do.”

Along with wife Sharon, Bob visited the hospital on 27th July 2015 when he was told he was being placed on the waiting list.

He explained: “We made our way home feeling pretty relieved, we thought there was a good chance I’d be ok, but we didn’t know how long it would take. I was prepared for a pretty long wait. I’d obviously read that people can wait for months or even years. I was also told I had a pretty rare blood group, A+, so I didn’t know if that would make it harder to find a suitable liver. Then at 3.45am the phone rang and it was the hospital saying they had a liver for me. We were stunned. We never expected it to happen so quickly. There was no time for anything to sink in.”

For it all to happen within a day is unbelievable. I’m extremely lucky, I realise that. Some people wait for months or years. It shows how important it is for people to be aware of being organ donors.

At 3.30pm that afternoon (28th July 2015) Bob was prepped for theatre and underwent the transplant. Normally organ recipients can spend four days in intensive care, but Bob was straight back on the ward after one night. He said at the time: “The doctors started calling me Superman because of my recovery time. I’ve been told I’m six weeks ahead of schedule with my recovery. Before the operation my eyes were starting to look a little yellow as well as my skin, it wasn’t clever at all. I was told my liver function was down to 43% and was only going to get worse. When they put me on the waiting list they told me I’d probably undergo keyhole surgery to reduce the size of the tumours spots on my liver. But it never got to that stage because by the following afternoon I’d had the transplant. It all moved so quickly it was unbelievable.”

Bob said he knew he was extremely lucky: “For it all to happen within a day is unbelievable. I’m extremely lucky, I realise that. Some people wait for months or years. It shows how important it is for people to be aware of being organ donors. All I know is my liver came from a young donor. That’s all I know. And I am eternally grateful to the family for which would have been a devastating time for them whoever they are. Thank you for giving me this wonderful gift of life.”

Following his transplant, Bob began taking anti-rejection tablets and other medication so his body got used to the new liver. He said at the time: “I’m taking 20 odd tablets a day, but I’ve had my staples taken out now and the recovery is going well. I want people to say ‘see that man there, he had cancer, but look at him now’. It shows what can be done now and there is hope out there.

Bob is now calling for people to sign up to the organ donor register - and let their families know their wishes - to help save the lives of others.

He says: “I can’t stress enough the shortage of donors please sign up everyone. I was fit and healthy, but this still happened to me. It’s obviously a relief for us, but other people are in the same position. It’s important that everyone is signed up to the organ donor register.” 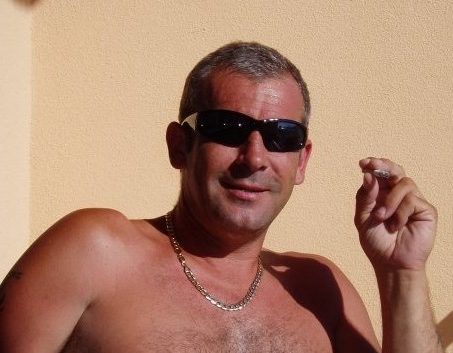