Alan's story: "Unfortunately, I was rejected for a liver transplant. That was really disappointing, but I understand why" - British Liver Trust

Alan’s story: “Unfortunately, I was rejected for a liver transplant. That was really disappointing, but I understand why”

We very sad to hear that Alan passed away in February 2022.  We have added an addendum below his story in tribute to him.

Alan from South Wales was diagnosed with hepatocellular carcinoma (HCC) in 2020. He says:

“I’m coming up to 70 years old and have had liver disease for 25 years. I also have Type 2 diabetes.

“At first I was told the liver disease was alcohol-related, but later my medical team decided it was probably non-alcohol related fatty liver disease.

“I’d been attending a six-monthly liver clinic and having regular fibroscans, but then I had a heart attack and missed a few liver appointments while I concentrated on recovering from heart failure.

“I was feeling more tired than usual but I put that down to the heart attack and the recovery period afterwards. In late 2019 I was sent for an ultrasound to check my liver. The scan took longer than usual and I was told that I’d need a CAT scan because they’d picked up a few abnormalities.

“The CAT scan didn’t pick up the abnormalities, so I was booked in for an MRI after Christmas. The MRI showed I have hepatocellular carcinoma (HCC) - liver cancer. I was in shock for a few days after that.

“Unfortunately, I was rejected for a liver transplant at University Hospital Birmingham due to my heart condition. That was really disappointing, but I understand why.

“I've now had TACE (Transarterial Chemoembolization) therapy in Cardiff. I had to self-isolate for two weeks beforehand due to coronavirus. Now my wife and I are starting to self-isolate again as the restrictions get tighter but we're still getting out to walk the dog."

Following Alan’s diagnosis, he started attending our liver support groups.  He came to the Llanelli group which was in its infancy and so only he and myself were in attendance. We were able to have a really good chat about his diagnosis of liver cancer and his disappointment at not being eligible for transplant.  He was due to see a Consultant in Cardiff the following Monday. However, within a few days, lockdown was imposed on the country due to Covid and his appointment with his Consultant was postponed. It was roughly six months later he saw a Consultant and his treatment journey began.

In the meantime, Alan attended our virtual support groups and made great contacts with other people with liver conditions.  He was a great support to others and they to him.  In early 2021 we approached Alan to ask if he would be willing to help the British Liver Trust by taking part in filming for the creation of liver awareness videos.  He was more than willing and we arranged the filming on Llanelli beach.  We had to keep our distance as Covid restrictions were still in place, and there were many challenges on the day from noises and disruption on the beach.  But he did a great job and I felt very privileged to be a part of this and to hear in great detail about his liver journey.  He continued attending the support groups but in late 2021 we started seeing a little less from him.

I then heard from Alan in February 2022 and we were very saddened to hear that Alan didn’t have much longer to live.  I visited Alan as he wanted to write about this last stage in his journey.  Even now he was thinking of others and wanting to share his journey.  Knowing that it would be helping others by raising awareness.  Unfortunately, we weren’t able to do that as just a few days later he sadly passed away.  This note gives me a chance to update his story for him which he wasn’t able to do.

I will always look back at the times I spent with Alan with fondness in my heart and great appreciation for his selfless efforts to help others. 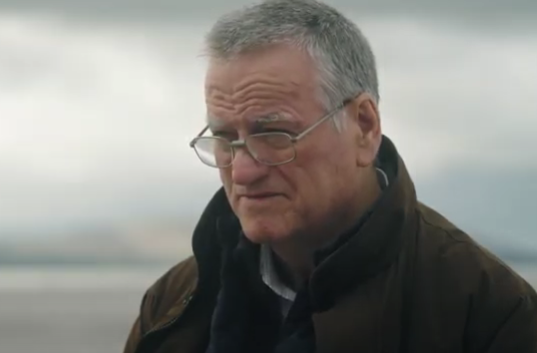