The new teams will be rolled out in areas with the highest number of alcohol related admissions and provide on the spot support for patients dealing with alcohol misuse and their families. With a heavier focus to persuade heavy drinkers to reduce their alcohol intake, the teams will offer 20-40 minute advice sessions, offering personalised feedback on their intake and how to cut it back. The teams will work with other local community services to provide medical help and support through counselling.

The aim is to cut the  £3.7 billion a year that alcohol abuse reportedly costs the NHS each year, by preventing 50,000 booze-related hospital admissions and save 250,000 ‘bed days’ over the next five years. A similar system has already been running in a number of hospitals including in Manchester and is reported to have resulted in significantly reduced admissions to A&E, heavy drinker hospital stays, re-admissions and ambulance call-outs.

The move was welcomed by the British Liver Trust. Vanessa Hebditch, Director of Communications and Policy said “Although there are many types of liver disease that are not caused by alcohol, drinking alcohol to excess is still the leading cause of liver disease and liver cancer in the UK. There has been a big shift in the UK’s drinking culture and one in five adults drink alcohol at a harmful level. As well as offering support to problem drinkers, the Government should address this through taxation, stronger controls on the advertising and marketing of alcohol and better labelling so consumers can make an informed choice.”

The measures forms part of the wider NHS long-term plan announced by the Prime Minister today.

BMA board of science chair Professor Dame Parveen Kumar welcomed the plan but argued that more needs to be done, including bringing in minimum unit pricing.

She said: ‘As well as the implementation of these services in the NHS, the Government needs to introduce broader measures, such a minimum unit pricing for beer, wines and spirits, to achieve a largescale improvement in the population’s health.

Public Health England (PHE) chief executive Duncan Selbie said that investing in prevention was “the smartest thing the NHS can do”.

‘It is welcome that the Government is beginning to recognise the importance of prevention and must now ensure that these plans are deliverable, sustainable, and serve the long-term needs of the public,” he said. 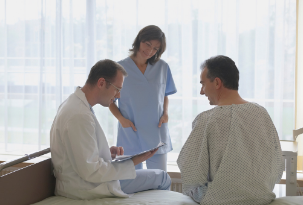