Celebrating a centenary: Pioneer of treatment for Wilson’s Disease turns 100

Wilson’s Disease is a rare genetic disorder in which excess copper builds up in the organs including the liver, brain and eyes. The condition was first documented in 1912.

Dr John Walshe, who would go on to become the world’s leading authority on the disease, was born just eight years later, in 1920. Today is his 100th birthday.

After studying medicine and serving in the Royal Army Medical Corp, Dr Walshe took up a scholarship at Boston City Hospital, where, in 1956, he successfully pioneered the first oral chelation therapy to treat Wilson’s Disease.

Chelation therapy involves using medicines to remove harmful heavy metals from the body. Dr Walshe realised that the organic compound penicillamine could bind with copper and remove it from the body in the urine.

After successfully testing the compound on himself and Wilson’s Disease patients, penicillamine was approved as a treatment and is still in use today.

“He remained there for a further thirty years during which time he developed two further chelating treatments.

By the time he retired from Addenbrooke’s in 1987, he had a patient base of over 320 and was recognised as the world’s leading authority on Wilson’s disease.

Valerie adds: “Not content with a life of leisure nor pursuing his interests in Gothic architecture and mediaeval stained glass, he took on a monthly clinic at the Middlesex Hospital where he continued to treat many of his former patients and even some new ones, until he was 80.” 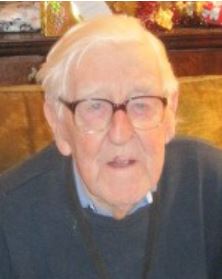