Liver cancer has one of the lowest survival rates of any cancer in the UK.  There is very little awareness of the disease and far too many people are diagnosed at a late stage.

Raising awareness of liver cancer is vital to improve early diagnosis and outcomes for the 16 people every day who are diagnosed.

Here are six facts about liver cancer that you may not have heard before.

1. There are four main types of primary liver cancer

Hepatocellular carcinoma (HCC) is the most common type of primary liver cancer (cancer that starts in the liver).  9 out of 10 people are diagnosed with HCC, which is sometimes called hepatoma.

Fibrolamellar hepatocellular carcinoma is a rare type of primary liver cancer that usually affects younger people. The causes and risk factors are not known.

Bile duct cancer (cholangiocarcinoma) is another type of primary liver cancer. It starts in the cells lining the bile duct.

Angiosarcoma is a very rare type of liver cancer, which starts in the blood vessels of the liver.

2. It affects more men than women.

Hepatocellular carcinoma is much more common in men than in women.    Over 65% of those diagnosed with HCC are men.

While the exact reasons for this are unknown, some research carried early this year may have shone a light on the reason why. The study, which was published April 3rd 2019 in the Journal of Experimental Medicine, suggests that fat cells secreted in higher levels in women can stop liver cells becoming cancerous.

3. The main cause of liver cancer is Cirrhosis

While only 3 to 4 per cent of people with cirrhosis of the liver will go on to develop liver cancer, cirrhosis (scarring of the liver) is the main cause of the disease.

Certain causes of cirrhosis do have a particularly strong link. These are:

4. Liver cancer is the fastest-growing cancer in the UK

Primary liver cancer is becoming more common at all ages. It is now the 9th most common cause of cancer death and has the largest increase in mortality over the past 10 years compared to all cancers.

5. There often very few early symptoms in the early stages

Often there are no symptoms in the early stages of liver cancer because the liver can function very well even when only a portion of it is working.

If you do notice any symptoms, they are usually vague and similar to symptoms for other liver conditions, and often exactly the same as those in cirrhosis.  Find out more about the symptoms here.

6. Liver transplantation is a possible treatment if detected early

Liver transplantation is an option for patients with liver cancer if it is detected at an early stage and the patient is healthy enough to tolerate surgery.  The aim of the surgery is to remove the cancer completely. The surgery is only made possible by the generosity of donors who are willing to donate their organs.

Steve Dunster, who was diagnosed with liver cancer in 2017, had a liver transplant.  Read more about his story here. 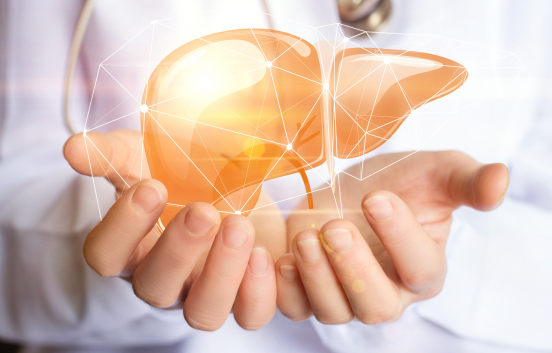